Kangana Ranaut and Sunaina Roshan has been in touch 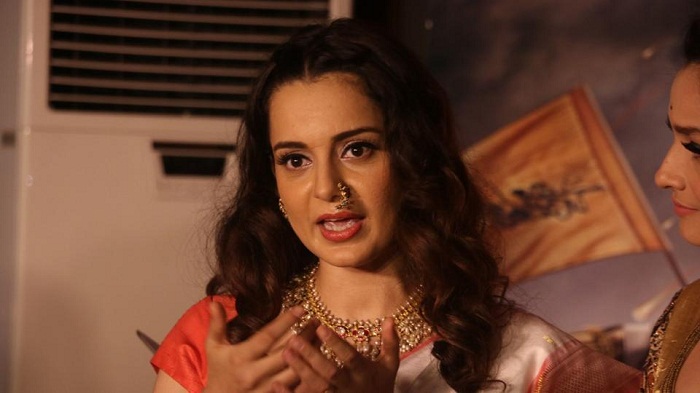 Bollywood actor Kangana Ranaut, who will soon launch the first trailer of Mental Hai Kya, has said she has always been friends with Hrithik Roshan’s sister Sunaina, adding that she does not want to take advantage of her family dispute. Recently, Kangana’s sister Rangoli Chandel claimed Sunaina continues to call both of them to apologise for not supporting them during the face-off with Hrithik.

Speaking with Mumbai Mirror in an interview, Kangana said, “It is true that Sunaina and I were always good friends and so was her family. Now they claim differently. Yes, she has been in touch with me, but I don’t want to take advantage of her family dispute. Sunaina is still a friend but I will not hit somebody when they are down.”

Rangoli had earlier tweeted, “Everyone isn’t nice to their siblings, Hrithik Roshan’s sister Sunaina Roshan has been calling and messaging Kangana and me only to apologise that she didn’t stand up for her when Hrithik framed her as they were friends.”

In a recent interview to Pinkvilla, Sunaina said that her family has not been supporting her and that living with her parents has been ‘a living hell’.

She had also dismissed speculation that she is suffering from bipolar disorder while accepting she underwent therapy for alcohol addiction.

In the interview, Kangana also said people are ganging up against her. Asked about Manikarnika co-stars Sonu Sood and Mishti Chakravarty speaking against her, Kangana alleged that situations were manipulated to force people to speak against her. She told the tabloid, “Mishti said she was asked to speak up, but who is making her speak? It’s all about ganging up against me. Sonu and I share a personal trainer. Again, situations were manipulated to force people to speak against me. Some trade experts were forced to show our film’s collections as half of the actual numbers. All the people who pretend that they don’t have PRs send the maximum number of mails against others. One smear campaign was started by Karan Johar’s gang against me by paying reviewers. When I talk about it, people think I sound like a loony character, but what option am I left with?”