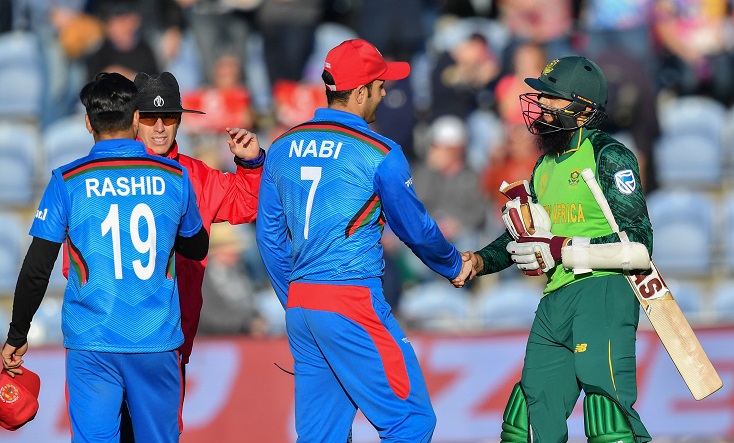 South Africa kept alive their slim hopes of reaching the World Cup semi-finals by thumping a poor Afghanistan side by nine wickets on Saturday to record their first win of the tournament.

Afghanistan, who lost the toss in Cardiff, were dismissed for just 125 in 34.1 overs.

Quinton de Kock scored 68 for South Africa as they coasted home in the 28th over.

Imran Tahir is Man of the Match for his 4 for 29 "I really enjoyed that, the way it came out, it was more important for me to play my role for the team, nice to have a first victory in our pocket. We were really up for it, we can't control the weather, but we wanted the intensity to stay in the game. All in all a very pleasing performance."