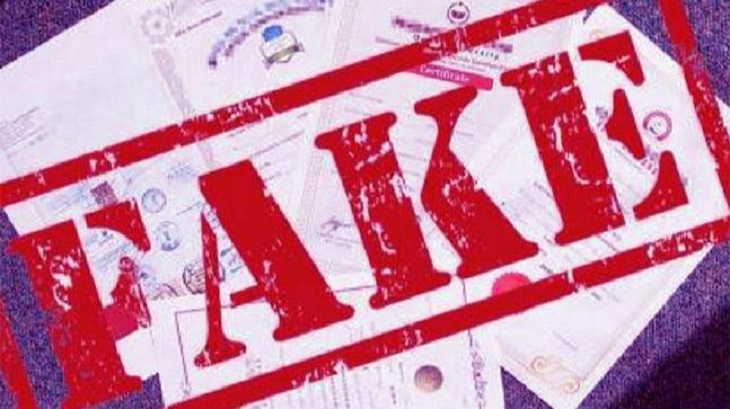 Instead of using modern technology for the good of the country, fraudsters are using it to weaken Bangladesh’s future as those seeking new employment might not be carrying original educational certificates with a booming business of fake ones continued despite police actions.

These criminal gangs are making a fortune by printing fake academic certificates using latest technology and selling them to those seeking new jobs or higher studies, said police sources.

People with fake educational certificates are working in different organizations or in the government were increasingly becoming a matter of serious concern, police said, adding that despite repeated drives against the criminals, the organised gangs behind the trade have continued to do business.

In the past several years, Dhaka University authorities identified hundreds of fake certificates.

Sajib (false name) worked till the AGM post of a bank by using a fake certificate of Dhaka University.

Mainly workers going abroad and people from rural areas were the main customers. Besides, certificate is also used for marrying showing false educational qualification. Besides, young people, the face of serious competition, were the main clients when they cannot be successful legally.

On February 17, three persons were held for producing fake academic certificates from Nilkhet area in the capital.

Maj Ashraful Huq of Rab-10, said “During interrogation, the detainees admitted that they had been producing fake SSC, HSC and other academic certificates in Nilkhet market for a long time.”

Fake academic certificates and mark-sheets sell at affordable prices in Dhaka and other major cities, exploiting the competition in employment and overseas education.

Educationists said due to not having online checking facilities of all the certificates of educational qualification of this country, it is not possible to stop making fake certificates.

Though a number of people connected with the misconduct have been arrested by police and RAB their activities have continued.

Owners of some computer shops and a section of employees of different education boards and universities are reportedly involved in this crime.

Sources said producing these certificates have become very easy with the availability of high quality scanners, printers and papers, along with computers with high-end software like Adobe illustrator and Abode Photoshop.

Even a section of employees of the different education board are allegedly involved in making fake certificates of SSC and HSC to make quick money.

Some computer shops in the capital’s Nilkhet book market, slose to the Dhaka University and the Home Economic College, are reportedly the ideal place for making fake certificates. Usually they sell the certificates priced at Tk1,000 to Tk5,000.

Talking to one broker, who identified himself as Shamim, this correspondent sought a fake Masters certificate of the Dhaka University. He was taken to a tea shop of the market and asked  Tk 3000 to deliver his request. Shamim also said it took him three days to make the certificate.

“Shopkeepers do not talk directly to the customer, but only through the brokers. If anyone asked for fake certificates in any shop, the shopkeepers will reply they do not do this type of work,” said Hossain.

Sources said the gang members collect papers from the educational boards or universities for a “perfect match.”