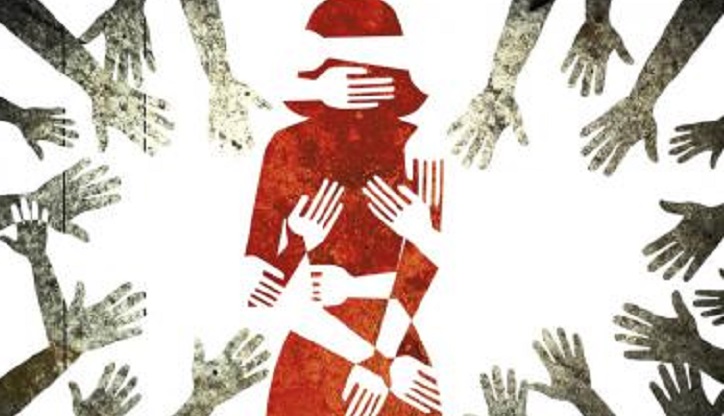 Two minor girls have reportedly been raped in Netrakona and Cumilla while a bus driver and his helper arrested in Manikganj for 'rape attempt' on a woman in their moving vehicle.

Besides, a youth has been held in Feni for 'repeatedly raping' a schoolgirl and a man in Sirajganj over 'rape attempt' on a minor girl.

In Feni, police arrested a young man in Chhagalnaiya upazila on Saturday for 'repeatedly raping' a schoolgirl after developing affairs with her.

In Manikganj, a bus driver and his assistant were arrested for allegedly trying to rape a woman on their running vehicle in Ghior upazila on Friday.

The arrestees were identified as driver Nayeb Ali, 40, of Harirampur upazila of the district, and his assistant Sohagh, 20, of Naldanga upazila in Natore. They both are the staff of 'Swapna Paribahan'.

Arshaful Alam, officer-in-charge of Ghior Police Station, said the victim, returning from Jordan, is a native of the upazila. She came to Manikganj bus stand from Dhaka airport on Friday evening.

She boarded a 'Swapna Paribahan' bus at the stand to reach her house. However, its driver and helper attempted to rape her after other passengers got down from it, he said.

When the victim started to scream, Nayeb and Sohagh pushed her off the running bus and went towards Daulatpur. Locals informed police about the incident.

Later, members of Daulatpur police seized the bus and arrested the duo.

Soon after the incident, the woman filed a case in this regard, the OC added.

In Netrakona, a sexagenarian man, Janu Mia, 60, of Koilong village in Atpara upazila, was arrested early Saturday for 'raping' a nine-year-old girl.

Ali Hossain, officer-in-charge of Atpara Police Station, said the girl went to his neighbour Janu Mia's house around 12pm on Friday while he was alone there.

Taking the advantage, he violated the girl, the OC said.

Hearing victim's scream, neighbours rushed in and rescued the girl.

She was admitted to Netrakona Modern General Hospital as her condition deteriorated following excessive bleeding.

In Cumilla, a Class-VII madrasa girl was allegedly raped by a youth at Dambahar village in Laksam upazila on Friday morning.

Md Nizam Uddin, officer-in-charge of Laksam Police Station, said the girl went to a nearby pond after waking up from sleep on Friday morning when Sumon Hossain took her to a nearby bush and violated her there.

Police picked up the alleged rapist in the afternoon as victim's uncle filed a case.

The victim was undergoing treatment at Comilla Medical College Hospital.

In Sirajganj, a man was arrested on Friday evening for 'trying to rape' a four-year-old girl at Charkhasia Roypara village in Belkuchi upazila.

The arrestee is Jhantu Mia, 45, son of late Saiful Islam of the village.

Officer-in-charge of Belkuchi Police Station Anwarul Islam said Jhantu took the girl to his house on Friday evening and tried to violate her.

Later, they gave him a good beating before handing him over to police. A court sent him to jail on Saturday when police produced him before it, the OC said.

In Chandpur, a case was filed against six people in Sadar upazila on Saturday over the 'rape' of a madrasa girl.

After the filing of the case, police detained four arbitrators who reportedly tried to hush up the incident.

OC Nazimudin of Sadar Police Station said Ripon Sheikh, 20, called the victim over mobile phone in the evening of June 9 and took her to a nearby jungle with the help of his two friends.

He violated the girl there throughout the night after making her unconscious with sedatives, he said.

Ayub Ali, 40, and Mostafa Gazi, 45, as they tried to hush up the incident in the name of arbitration.