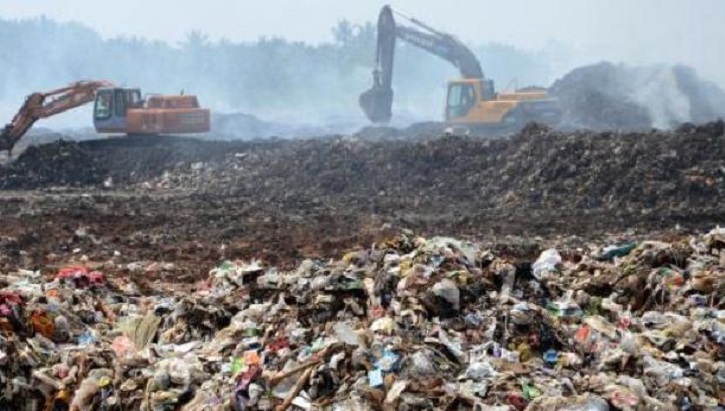 Director General Dr AKM Rafique Ahammed of Environment Department (DoE) urged the mainstream media to focus more attention and coverage to the garbage dump growing in a landfill in Amin Bazar, on the capital's outskirts that would pollute the rivers around it.

Expressing grave concern, he said ahead of monsoon, the wastage dumping landfill would pollute the river seriously as it could be washed away and get mixed with water.

He made this remark while attending a programme titled "Workshop on Media aid for Enforcement Activities" at the Environment Department's premises in city's Agargaon on Saturday.

The director general said financial penalty or fine is not the ideal solution of environment develop. That will be possible after creating mass awareness on environment.

The city produces more than 5,000 metric tonnes of wastage per day whereas DNCC produce 3,500 metric tonnes. There have two wastage landfills in city's Amin Bazar and Matuail. It is mandatory to take license from environment department to establish this type of landfill but the DNCC doesn't follow it.

Thousands of city dwellers of Amin Bazar landfill area have been suffering from serious environment pollution for long. The Environment Department served several notices to DNCC but it doesn't take any measures in this connection, according to the workshop.