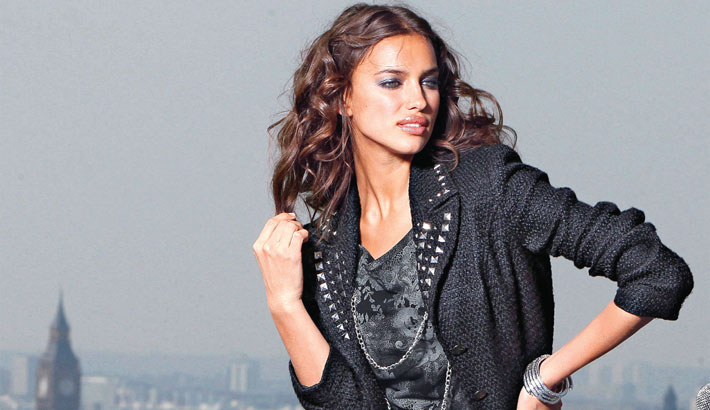 Russian supermodel Irina Shayk is moving on from actor Bradley Cooper in style!

The second was an ensemble by Mugler, which consisted of a pin-striped blazer and matching skirt featuring a thigh-high slit. Shayk also wore a sheer top and gloves, as well as a black scarf. Her hair was slicked back into a chic bun for both the looks.

Bella Hadid, Gigi Hadid, and Stella Maxwell were a few of the other models to grace the catwalk. The fashion show, held at the Piazzale Michelangelo, was part of Pitti Uomo, an event held in Florence twice a year.

The fashion show in Italy was the model’s first public outing since her breakup with Cooper. A few days before the fashion show, the model posted pictures from her trip to Iceland.

News about Shayk split from Cooper broke last Thursday. However, fans suspected that there had been trouble in paradise for a while. E! News had reported that the two had been “questioning” the future of their relationship just a day before their breakup. “As much as they tried to rekindle what they once had, they couldn’t find that spark,” a source later told E! News.

However, Shayk isn’t the only one who is moving on after the four-year romance. The ‘A Star Is Born’ actor was also spotted enjoying a night out with his friends earlier this week.