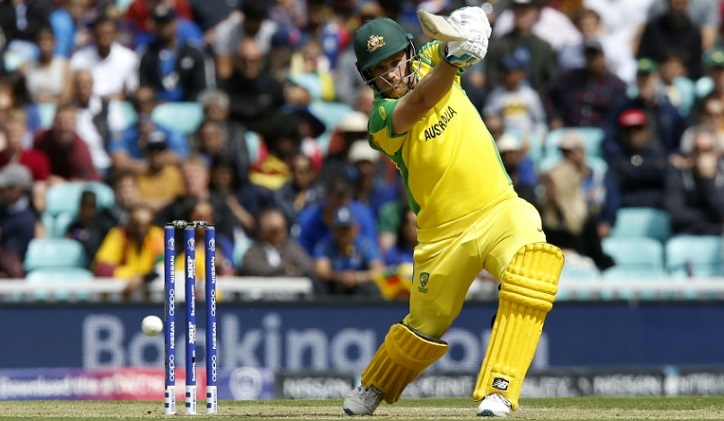 Australia scored 334 for seven on the back of a stunning 153 from the skipper Aaron Finch to put the World Cup holders in control of Saturday's match against Sri Lanka at the Oval.

Steve Smith played beautifully scoring 73 runs off 59 balls and Glenn Maxwell delivered a gem at the end striking 46 off 25.

Finch reached his ton in 97 balls with eight fours and four sixes, bringing up his hundred with a maximum off Milinda Siriwardana.

It was his 14th one-day international century and the second of his World Cup career.

Australia are searching for their fourth win in five matches after beating Afghanistan, the West Indies and Pakistan, with their lone defeat coming against India.

Together with opening partner David Warner, Finch carved up the rusty Sri Lanka attack after being put in to bat under cloudy skies in south London.

Three sloppy pieces of Sri Lanka fielding in the space of eight balls led to six extra runs for Australia.

Finch and Warner were already well on top without Sri Lanka's mistakes and they reached their 50 partnership in 57 balls.

It was their fourth opening stand of at least 50 in the tournament and their 19th in all ODIs.

Sri Lanka's previous two matches against Pakistan and Bangladesh had been abandoned due to rain, meaning they were back in action for the first time in 11 days.

De Mel blasted the quality of pitches, practice facilities, transport and accommodation at the World Cup, prompting a stern defence from the International Cricket Council.

Crushed by New Zealand in their opening game, Sri Lanka had bounced back to beat minnows Afghanistan in another rain-affected clash.