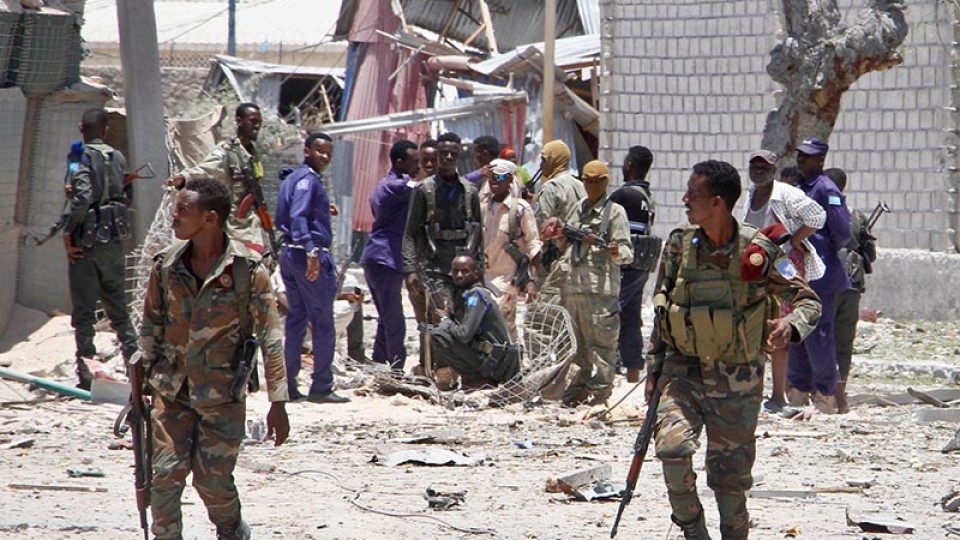 Nine civilians were executed by a local militia in war-torn Somalia after the killing of a policeman by the Islamist militant group Al-Shabaab, police said Saturday.

The revenge attack on Friday just outside Galkayo — one of the most developed cities in the centre of the country — targeted the Rahanweyn clan, several of whose members are suspected of being Shabaab fighters.

“This was a horrible incident, a gruesome killing against nine unarmed innocent civilians in southern Galkayo. All of the civilians belong to one clan and the gunmen shot them dead in one location a few minutes after suspected Shabaab gunmen killed” a policeman, Mohamed Abdirahman, a local police official said.

“This is an unacceptable act and we will bring those perpetrators to justice,” said Hussein Dini, a traditional elder.

“Their killing cannot be justified. It seems that the merciless gunmen were retaliating for the security official who they believe was killed by Al-
Shabaab gunmen belonging to the clan of the victims.”

Witnesses told local media that the victims were rounded up from the streets or their homes and then shot dead on the outskirts of Galkayo.

Local officials have in the past fingered the Rahanweyn clan for fomenting instability in the region and supplying fighters to the Shabaab.

The local militia which staged the revenge attack are from the Saad Habargidir, a sub-clan of the Hawiye group which is dominant in the southern
part of the city.

Galkayo, situated about 600 kilometres (380 miles) north of the capital Mogadishu, straddles the frontier with the self-proclaimed autonomous regions of Puntland and Galmudug.

The city has been the scene of violent clashes between forces of the two regions in recent years and also witnessed violence between the two rival clans occupying its northern and southern districts.