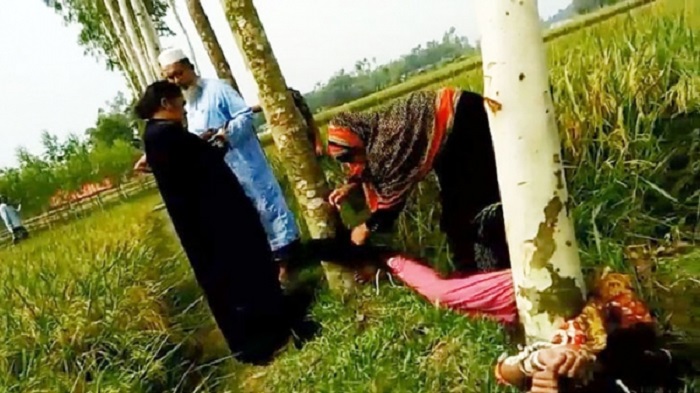 Nakla Police Station’s Officer-in-Charge Kazi Shahnewaj will be withdrawn from his post for negligence of duty over the torture of a pregnant housewife in May.

Additional Superintendent of Police (ASP) Md Aminul Islam of Sherpur Sadar Circle confirmed that a withdrawal order had been issued from the police headquarters.

He, however, said that they were yet to receive a copy of the order.

Doly Khanam, a pregnant housewife, was tied to trees and kicked and punched over land dispute at Kaida village in Nakla upazila on May 10. The torture led to miscarriage.

Although police rescued the victim, there were allegations that no effective steps were taken.

A video of the torture spread in the locality and the social media about a month later. On June 12, a case was recorded by Nakla Police Station naming nine people at the order of the police superintendent.

Police arrested Nasima Akter, 40, one of the accused, and produced her before the court which sent her to jail.

Meanwhile, a three-member investigation committee formed by the district police filed report to the police superintendent on Friday.

Investigations revealed negligence of duty by the OC and the SI, sources said.