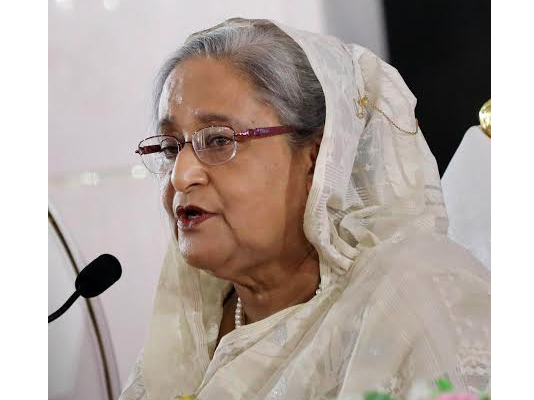 Prime Minister Sheikh Hasina on Saturday asked the personnel of the Special Security Force (SSF) to be equipped with modern technologies and knowledge to combat constant changing crimes.

“The pattern of crimes is frequently changing in the world including Bangladesh. So, you’ll have to be equipped with modern technologies and knowledge as well as to remain aware of these (technologies) to thwart the crimes,” she said.

The prime minister was addressing the 33rd founding anniversary function of the elite force at its Officers’ Mess in Tejgaon in the capital.

SSF Director General Major General Mazibur Rahman delivered the welcome address and gave an overview on the activities of the force.

Ministers, PM’s advisers, the chiefs of the three services, secretaries concerned to the premier and high civil and military officials were present at the function.

Putting emphasis on imparting time-befitting training to the SSF personnel, the prime minister said the force must have modern equipment to face any situation.

“I think time-befitting training and modern equipment are very much essential for them to face any situation,” Sheikh Hasina said.

Keeping this in mind, she added, the government is procuring necessary equipment for the force and imparting time-befitting training to its personnel.