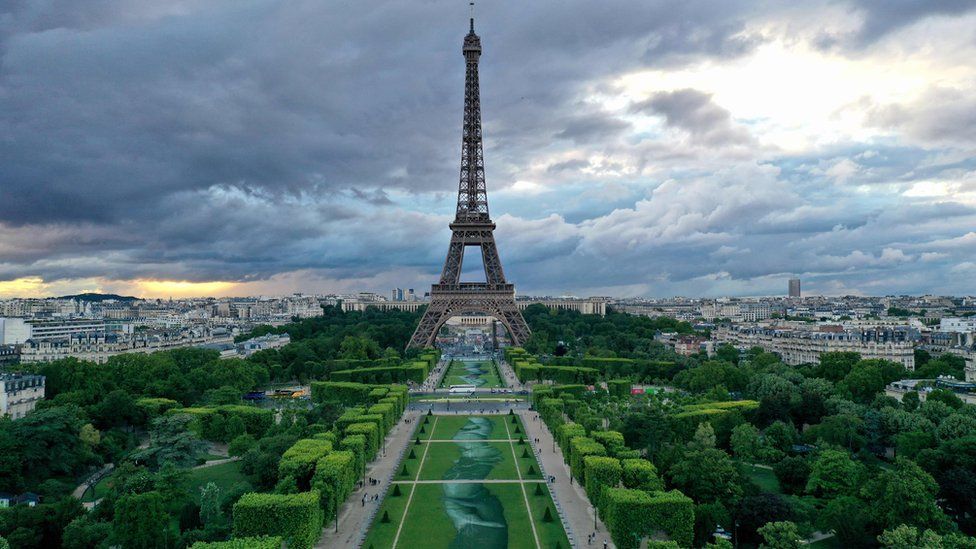 A vast artwork showing a line of clasped hands at the foot of the Eiffel Tower in Paris will be formally unveiled on Saturday.

The spray-painted fresco stretches for more than 600m (1,970ft) along the French capital's Champ de Mars park and is best viewed from the top of the tower. 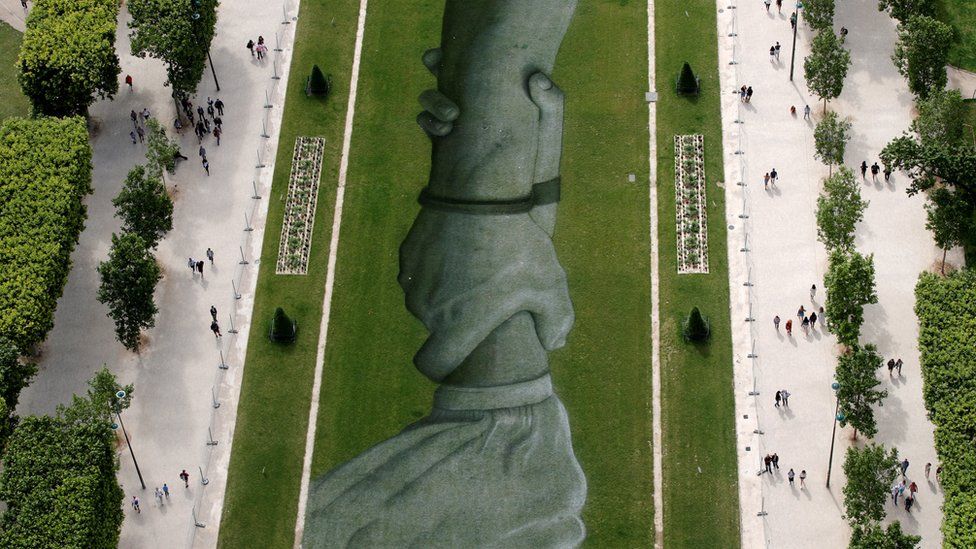 It is the work of French artist Saype - real name Guillaume Legros - who specialises in large biodegradable paintings.

His works have appeared on mountainsides and in parks around the world and last a matter of days before they disappear into the soil. 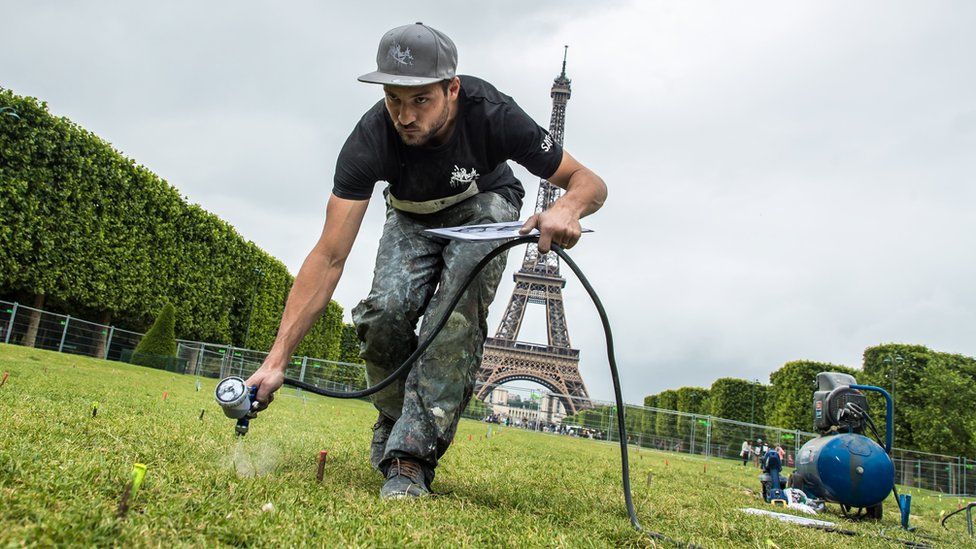 His latest work - Beyond Walls - shows a series of interlocked hands and is a tribute to the charity SOS Méditerranée, which works to rescue migrants who are at risk of drowning in the Mediterranean sea.

An average of six migrants died crossing the Mediterranean every day last year, according to the UN. 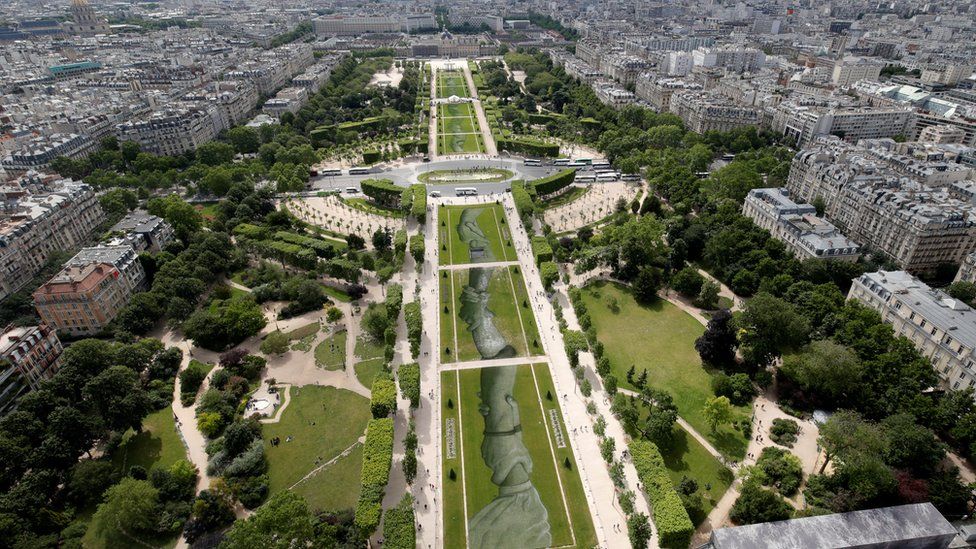 "[It is] a symbol of togetherness at a time when people are more and more turning in on themselves," Saype told The Guardian newspaper.

The painting will be inaugurated on Saturday in a ceremony attended by Paris Mayor Anne Hidalgo. 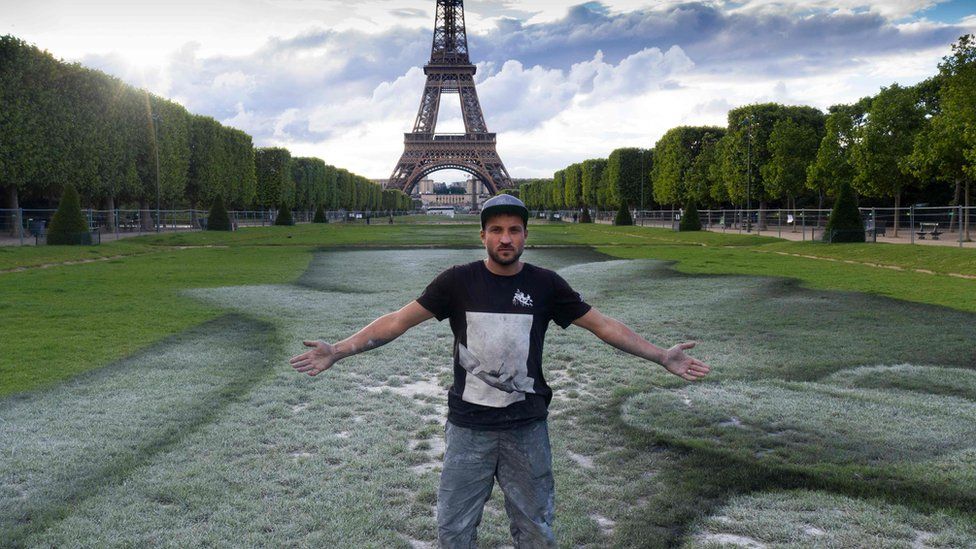