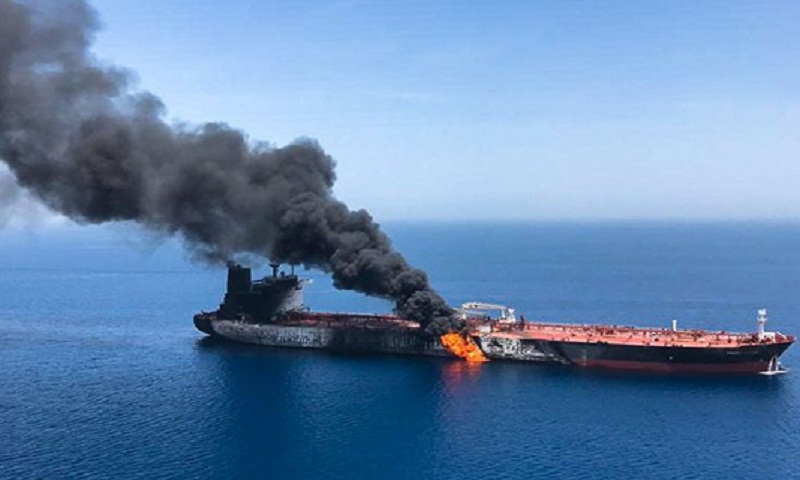 US President Donald Trump declared Friday that a mysterious attack on two oil tankers in the Gulf of Oman had Iran “written all over it,” rejecting Tehran’s denial that it had any involvement.

As US-Iranian tensions soared, Trump dismissed previous threats by Tehran that in case of conflict it could block the Hormuz Strait — a narrow seaway vital to the world’s oil supplies.

Speaking hours after the US military released grainy footage it said showed an Iranian patrol boat removing an “unexploded limpet mine” from one of the tankers, Trump was emphatic.

“Iran did do it,” Trump told Fox News. “You know they did it because you saw the boat. I guess one of the mines didn’t explode and it’s probably got essentially Iran written all over it.”

“You saw the boat at night, successfully trying to take the mine off — and that was exposed,” he added.

Iran rejected the US accusations.

Iranian Foreign Minister Mohammad Javad Zarif tweeted that the US had “immediately jumped to make allegations against Iran without a shred of factual or circumstantial evidence.”

“Obviously that can only be done if there is an independent entity that verifies those facts.”