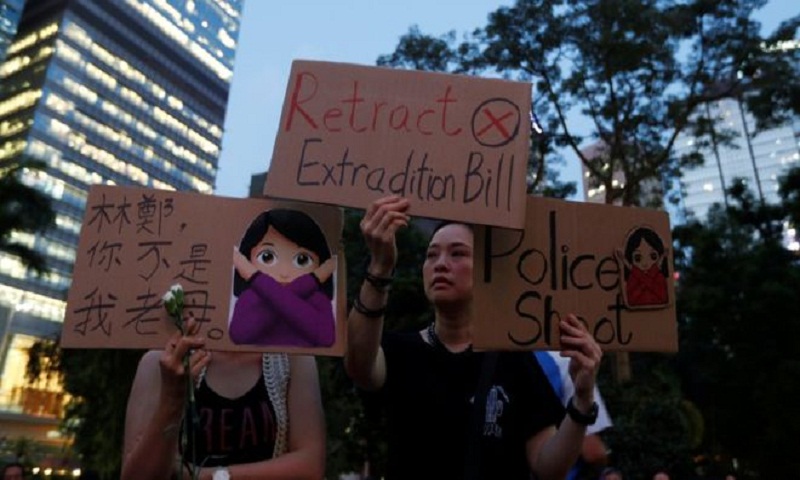 She had previously refused to scrap the bill despite mass protests from Hong Kong residents.

"I feel deep sorrow and regret that deficiencies in our work – and various other factors – have stirred up substantial controversies," she said.

Ms Lam said she had heard the calls for her government to "pause and think".

She also admitted that the "explanation and communication" of the bill had not been adequate.

She said her goal was "the greatest interests of Hong Kong", which involved first restoring peace and order.

The government had argued the proposed extradition bill would "plug the loopholes" so that the city would not be a safe haven for criminals, following a murder case in Taiwan.

Ms Lam said that the urgency felt to pass the bill before the legislative year ends "perhaps no longer exists".

No date has been set for "the next step forward", she said.

Hundreds of thousands of people have protested against the bill and further demonstrations were planned for Sunday.

But critics said the legislation would expose people in Hong Kong to China's deeply flawed justice system and lead to further erosion of the city's judicial independence.

Hong Kong is a former British colony, but was returned to Chinese rule in 1997 under a "one country, two systems" deal that guarantees it a level of autonomy.