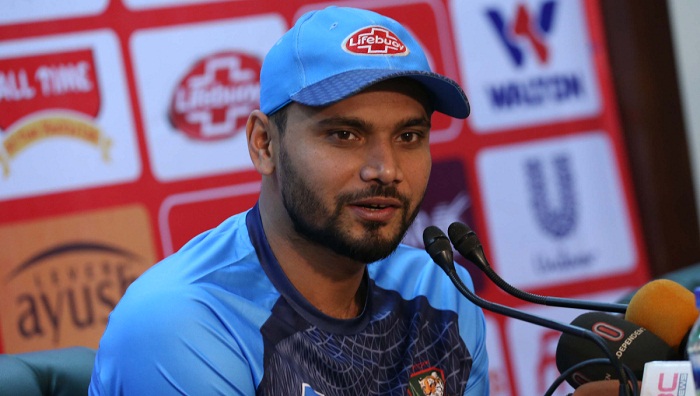 Bangladesh bowling Coach Courtney Walsh on Friday said this is not the right time to question the ability of Mashrafe Bin Mortaza who is yet to perform up to the expectation in the World Cup.

Mashrafe took one wicket in the three matches Bangladesh have played so far. Tigers’ fourth game was washed out due to rain.

In the third game against England, he completed all of his 10 overs for the first time in this World Cup and gave away 68 runs and took a wicket.

The skipper’s performance, which many felt has been below par, invited criticism from some Bangladeshi supporters who questioned his abilities.

“This is unnecessary (to question). We all know that Mashrafe is a fighter,” Walsh said.

“He isn’t 100 percent fit yet due to some niggles. As a captain, he always wants to lead the team from the front. He bowled some good spells recently. So this isn’t the time to raise a question about his ability,” the coach said.

Bangladesh is gearing up to face West Indies on June 17 at Taunton. Right before the World Cup, Bangladesh won their first-ever trophy in a multinational event beating West Indies thrice in the contest in Ireland.

Mashrafe sustained a hamstring blow in the final of that tri-series, which is still creating problems for the Bangladesh captain.

Walsh believes the players are at their best possible mindset to register another win against West Indies.

“Supporters always want their team to win … Now, if we can win some matches, people will believe how strong we are. Mash has rested for a few days. I think he is no fitter than before.”

With one win, two losses and one no-result match, Bangladesh are now at number seven on the points table. They need to end the league stage games among the top four teams to ensure a semi-finals berth.