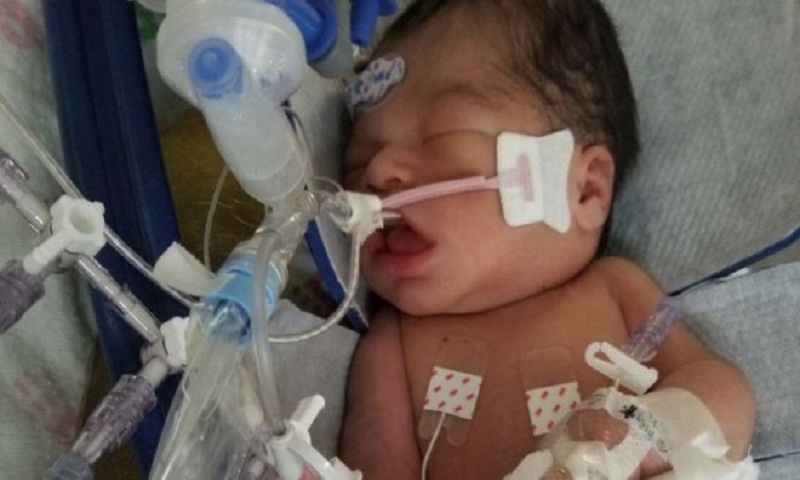 A baby cut from his mother's womb during a brutal attack in Chicago has died after two months on life support, a family spokeswoman has said.

Yovanny Jadiel Lopez, the infant son of 19-year-old Marlen Ochoa-Lopez, had been in intensive care since the April attack that killed his mother.

Police say Ms Ochoa-Lopez was strangled after arranging to meet a woman to pick up free baby clothes.

Her son died on Friday of severe brain injury, the family spokeswoman said.

"It is with great sadness that we inform you of the passing of baby Yovanny Jadiel Lopez," Julie Contreras said in a statement. "Please keep his family in your thoughts and prayers as they go through this difficult time."

Representatives for the family told US media that the baby's condition had deteriorated this week.

"There's no medicine, there's no pill that can fix that. Only a miracle."

Three people have been charged in the killing of Ms Ochoa-Lopez.

Police allege that Clarisa Figueroa, 46, lured the pregnant teenager to her home in south-west of Chicago with the promise of free baby clothes after connecting on Facebook.

Ms Figueroa allegedly strangled the 19-year-old with a cable. Once Ms Ochoa-Lopez had died, her baby was forcibly removed from her womb with a butcher's knife.

Ms Figueroa was allegedly helped by her daughter, Desiree Figueroa, 24.

Ms Ochoa-Lopez was nine months pregnant at the time.

On the day of Ms Ochoa-Lopez's murder, Ms Figueroa called paramedics to her home, claiming her newborn baby was not breathing.

Clarisa and Desiree Figueroa have both been charged with murder. Clarisa Figueroa's partner, Piotr Bobak, 40, was charged with concealment of a homicide.

All three suspects are expected back in court this month.