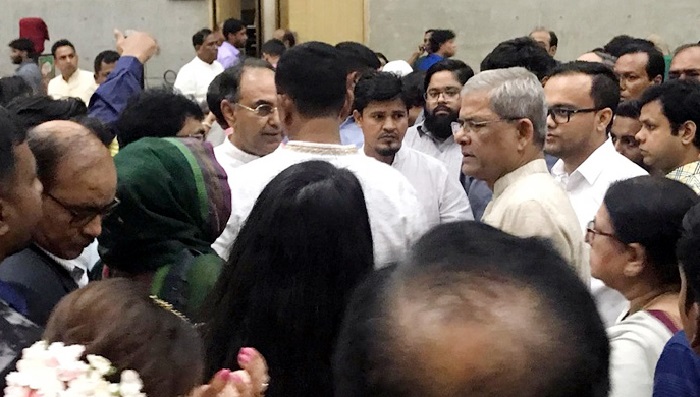 Several people including BNP leaders Mirza Fakhrul Islam Alamgir, Khandaker Mosharraf Hossain and Mirza Abbas were wounded in an accident that took place at a wedding ceremony in a Dhaka convention centre on Friday night.

They fell off the wedding stage while attending the ceremony. Khandaker Mosharraf Hossain got hurt in his leg and Mirza Abbas was rushed to the Apollo Hospital for first aid. 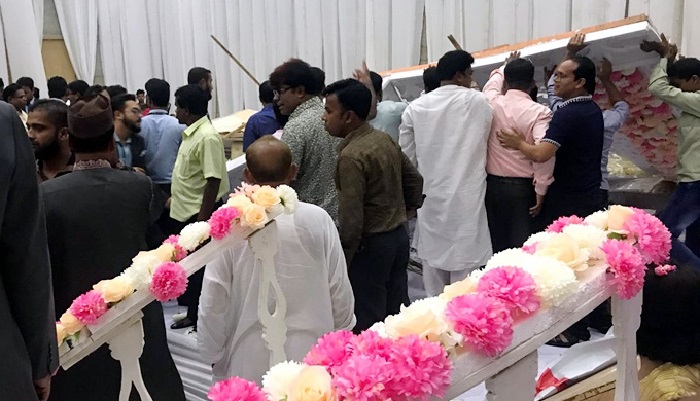 Md Yunus Ali, the personal secretary of Fakhrul said, “Sir (Mirza Fakhrul Isalm Alamgir) is well and he got no injury.”

Mahmud Khaiyam said, “This is a tragic event. We are lucky that none were badly injured.”

He also raised question over the role of wedding stage decorators and said, “What type of stage they made costing me so much money.”