AN-32 crash: Bodies to be brought ‘in stages’ 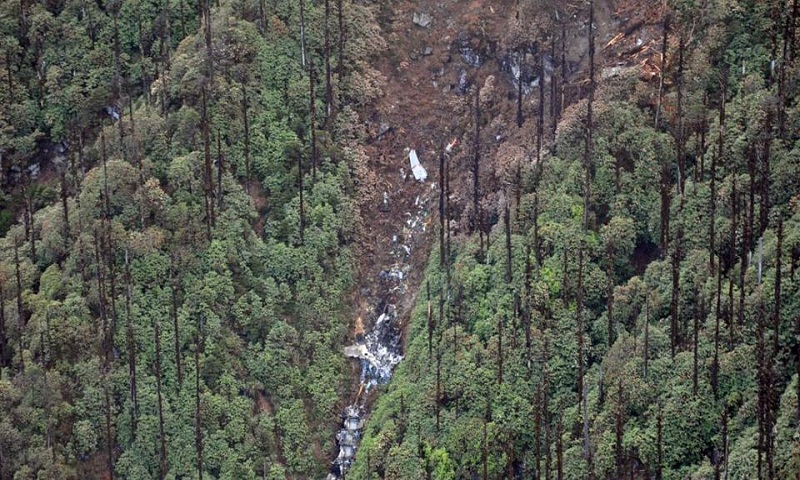 The Indian Air Force on Friday said that the mortal remains of the 13 men killed in the June 3 AN-32 crash and “other material evidence” will be picked up by helicopters and brought to Jorhat “in stages.”

“The recovery team is braving the treacherous terrain and inclement weather in order to bring back the mortal remains as soon as possible,” the IAF said in a statement. The IAF’s mountaineers, men from the army’s Special Forces and local climbers are at the crash site.

The AN-32 took off from Jorhat in Assam on June 3 and was on its way to an advanced landing ground at Mechuka in Arunachal Pradesh’s West Siang district, near the border with China, when it lost contact with ground control. An airborne search team spotted the wreckage of the AN-32 on Tuesday, at a height of 12,000 feet near Gatte village on the border of Siang and Shi-Yomi districts, after eight days of a massive search operation involving a fleet of aircraft and choppers as well as ground forces.

Rescue teams on Thursday recovered the Soviet-origin aircraft’s all-important cockpit voice recorder (CVR) and the flight data recorder or the black box that will help investigators solve the mystery behind the crash.

The 24-metre-long aircraft with a wingspan of about 29 metres was a speck in a treacherous search zone spanning hundreds of square kilometers dotted with towering ridges, thick forests and deep valleys, officials familiar with the search said.

Siang district deputy commissioner Rajeev Takuk said the district administration has extended all possible help to the IAF to retrieve the bodies from the crash site, reports HT.