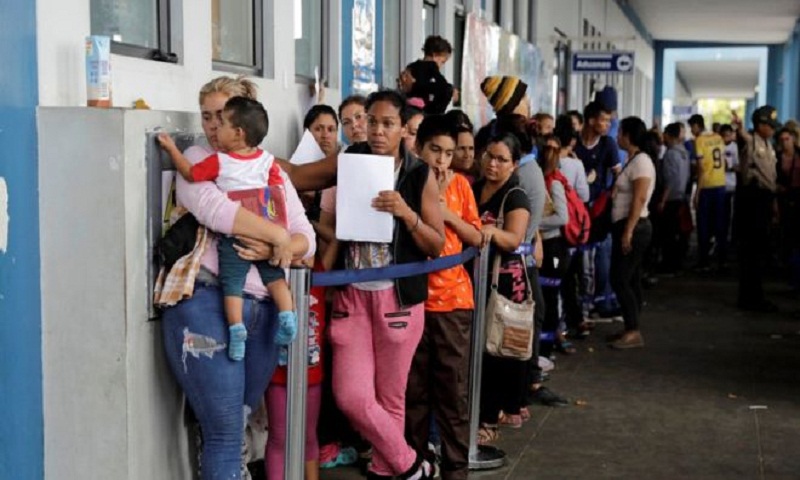 Thousands of Venezuelans have rushed to cross into Peru in a bid to beat the introduction of tougher migration laws.

From midnight local time (05:00 GMT) on Saturday, Venezuelans need to have a valid passport and visa to enter Peru.

The new requirements prompted a dash to the border from those fleeing Venezuela's years-long economic crisis.

Some four million people have fled Venezuela since 2015, according to the United Nations.

The country's imploding economy has resulted in high unemployment and shortages of food and medicine, and hundreds of thousands of people are said to be in need of humanitarian aid.

Prior to Saturday's deadline, Venezuelan citizens wanting to enter Peru only require a national ID card.

Nearly 6,000 Venezuelans entered through the border town of Tumbes on Thursday, officials said, which is almost three times the daily average.