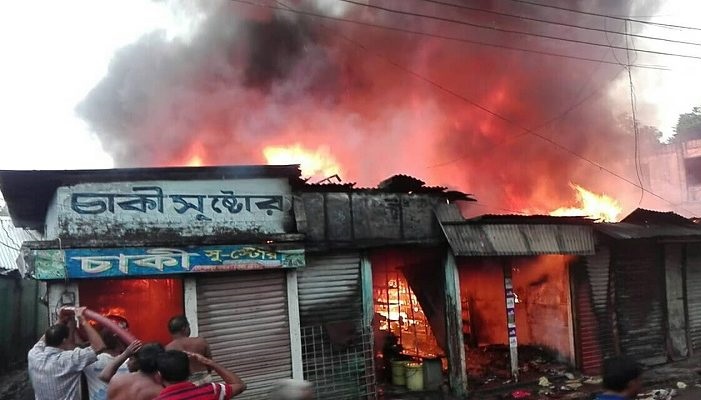 At least eight shops were gutted in a fire that broke out at Gopalpur upazil in Tangail on Saturday.

He said, “After being informed by locals, three units of FSCD rushed to the spot and brought the fire under control after an hour of frantic efforts.”

Al Mamun also informed that they were yet to ascertain the cause behind the fire and damages done by it.

The fire started from a clothing shop around 8:15am today and spread soon to the adjacent shops. Eight shops including four hardware and one shoe stores were badly damaged by the fire.

The affected shop owners claimed that valuables worth some few crore were gutted in the fire.