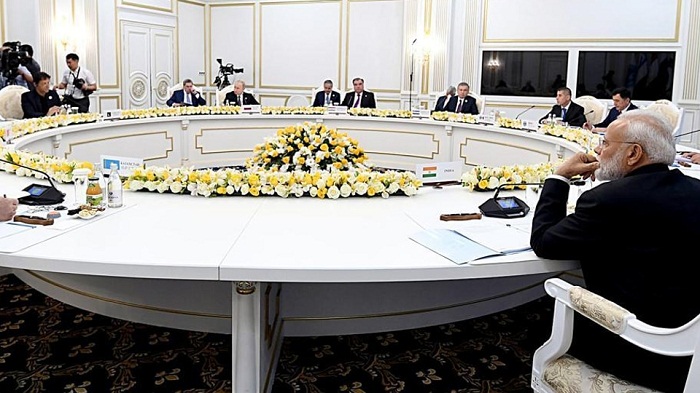 After appearing to avoid each other at more than half a dozen events during the Shanghai Cooperation Organisation (SCO) Summit in the Kyrgyzstan capital of Bishkek, Prime Minister Narendra Modi and his Pakistani counterpart Imran Khan briefly exchanged pleasantries on Friday.

People familiar with developments were quick to point out that there was no “pull aside” or formal meeting between the two leaders, who have spoken on phone and exchanged letters since Khan’s party won Pakistan’s general election last year.

Ahead of the SCO Summit, Indian officials had insisted that there would be no formal meeting between Modi and Khan at Bishkek.

This didn’t prevent the Pakistani side from making overtures for an engagement. India’s lack of desire to engage was signalled by Modi on Thursday, when he said Pakistan is yet to act on India’s concerns and create an atmosphere free of terrorism.

On Thursday and Friday, Modi and Khan were together at two photo ops, a concert, a dinner hosted by the Kyrgyz president, a formal lunch, and two sessions of the SCO leaders but chose not to engage.

While six of the eight visiting SCO leaders were hosted at Ala Archa State Residence, the official home of the Kyrgyz president, Modi and Russian President Vladimir Putin opted to stay at other venues.

It was only when Modi and Khan came face to face in the leaders lounge on Friday that they “exchanged usual pleasantries” in the presence of SCO heads of government, the people cited above said.

Pakistan’s foreign minister Shah Mahmood Qureshi described the encounter to Indian journalists as “an informal exchange”, and said Khan congratulated Modi on his recent election victory “with a heavy mandate”.