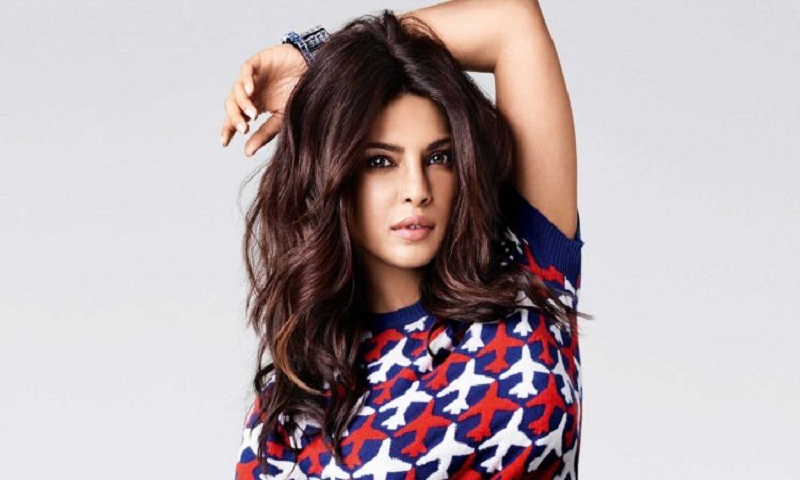 Actor Priyanka Chopra has shared from her recent photoshoot for American magazine InStyle and offered five life lessons for her fans with it. Combining her fashion statement with life’s philosophy, Priyanka had different takes from her different outfits during the shoot that focused on Indian style.

Sharing the video, Priyanka tweeted, “5 life lessons with yours truly (I’m so funny) haha Check out a copy of @InStyle July 2019 on stands today.”

She opens the video saying, “Always be bigger than your skirt” as the camera zooms on her Anita Dongre lehenga.

As she moves on to tip number two, flaunting her Tarun Tahiliani sari without a blouse, she declares, “Have nothing to hide.”She wears a bralet with another sari by Sabyasachi to prove her third point, “Sari, not sorry.”

Her fourth lesson gets even more interesting, wearing a jacket over a little black dress, she announces, “Make some noise” and the camera shows us ghunghroo tied around her bare legs as she moves them to make some noise. “When you have difference, patch it up! So funny, I’m so funny!” Priyanka concludes the video.

After she shared pictures from her photoshoot in a sari without a blouse earlier this month, Priyanka was trolled for not ‘respecting the grace of the sari’. Tahilani defended her. “There’s nothing vulgar about it. In fact, not using a choli makes it a global statement. The transition from alluring Indian beauty (in Priyanka’s last Bollywood outing, Bajirao Mastani) to this modern goddess for a mainstream fashion cover only speaks of her (Priyanka) versatility. She is truly a modern Indian icon,” he had told Mid Day in an interview.

She is now in New York with her husband and singer Nick Jonas. She will attend a Jonas Brothers concert with him on Saturday.