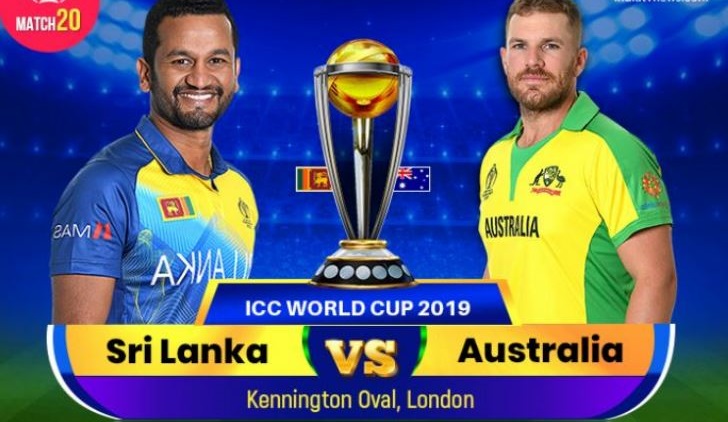 After two washed out games, Sri Lanka will be desperate to come out all guns blazing but defending champion Australia’s depth will be hard to beat when the two sides clash in a World Cup fixture at the Oval in London on Saturday.

The last Australia faced Sri Lanka in an international match was perhaps the only time during the summer there that the cricket fans Down Under showed some interest towards the Big Bash League. Yes, it was a different format and the Sri Lankans came undercooked and unprepared for the fire and brimstone that the Aussies dished out to them. And yes, they did then go on to record an amazing series win in South Africa. But as the two teams prepare to face each other at The Oval on Saturday (June 15), it's difficult to not feel and expect it to be a similarly lopsided contest.

Australia go into the game having won 3 out of 4 games and finding different formulas for victory even at times when they looked in trouble against West Indies and Pakistan. Sri Lanka, on the other hand, haven't played a game in over 10 days and had to scrape past an inspired Afghanistan after being blown away by New Zealand. Aaron Finch & Co are the only team apart from England to have not been affected strangely by the rain that has marred the World Cup. Sri Lanka have been the biggest beneficiaries of the inclement weather, having twice had matches against tricky opposition being washed out.

Those Test matches in Brisbane, under lights, and Canberra, under heavy cloud cover, had come right after the intense India series and taken the fizz out of the international cricket season in Australia. But it was also the first time in many years, and importantly since the nightmare of Cape Town, that the Australian team had shown the kind of cerebral dominance that they have a reputation for. Finch & Co haven't quite shown that edge during the World Cup so far and have hardly been clinical in the way they've seen off their opponents so far -- and looked way under par against the might of India when they last played in London last week.

The struggling Sri Lankan ODI outfit, who went through a major metamorphosis just before the tournament, have spent most of their time in England under umbrellas and in the confines of the dressing-room -- when not complaining about the facilities that have been provided for them here. And they could just be the team against whom the Australians will look to regain that edge and show everyone that they really are real contenders to win yet another World Cup despite their untoward showing so far.

Where: The Oval, London

The sun will be out in all its glory when the two teams walk out on Saturday. No, the ICC haven't yet bowed down to all the baying on social media to shift the World Cup out of England yet, and we are still in England. But the skies are expected to not only be clear but bright, and Sri Lanka will have to face the might of Mitchell Starc and Pat Cummins, like they had to earlier this year, on a "fresh" pitch. The Australians have so far had to contend with two used pitches and their pacers, despite having looked effective, haven't really been able to get on top of the opposition batsmen for extended periods. In contrast to their trip to Australia, Sri Lanka have all their key pacers fit and ready, and Malinga, Pradeep and Lakmal had a big role to play in their hard-fought win over Afghanistan, which with the two washouts, has kept them alive in the tournament. The freshness of the pitch, and the expected extra bounce on the Oval pitch, will come in handy as they look to make a dent in the Aussie top-order.

Australia: When Justin Langer was asked if he would consider going in with five specialist bowlers he expressed his doubts citing how it hadn't been a strategy that Australian teams adopted historically. With Marcus Stoinis missing out again, Finch will once again have to rely on the "good part-timer" -- as Finch called him -- Glenn Maxwell and maybe his own left-arm spin. "Never say never," Langer then said almost leaving the door open for a bowler to replace Shaun Marsh, who he referred to as "very explosive". But it's unlikely that the Aussies will leave him out and if anything the only expected change could be the introduction of Nathan Lyon to counter Sri Lanka's left-handers at the top of the order. Lyon has warmed the bench ever since the Aussies arrived, but both coach and captain have repeatedly brought up his inclusion whenever they think the time is right. This might well be the best chance for that.

Sri Lanka: The worry for Sri Lanka is how poorly their ODI form has been in recent times despite how settled their playing XI looks. Though Karunaratne's recall as captain might have been a radical move, the rest of the line-up has been around for years and it's just a question of them not having found the right tempo or template in the ODI format.

Karunarathne confirmed that Nuwan Pradeep is fit, bowling at his normal pace, but the team management isn't too sure about his "outfielding skills."

"What we have found out is that for the four matches we have played so far at Cardiff and Bristol the ICC has prepared a green pitch, and at the same venues where the other countries have played the pitches are brown and favourable for high scoring," - Sri Lanka team manager Ashantha de Mel

"It's tough when guys [are injured], especially all-rounders who balance out your side really well, give you that extra fast-bowling option, as well as a top-six batter. So it's a little bit difficult trying to decide whether you go the extra batter or the extra bowler, depending on conditions." - Australia captain Aaron Finch