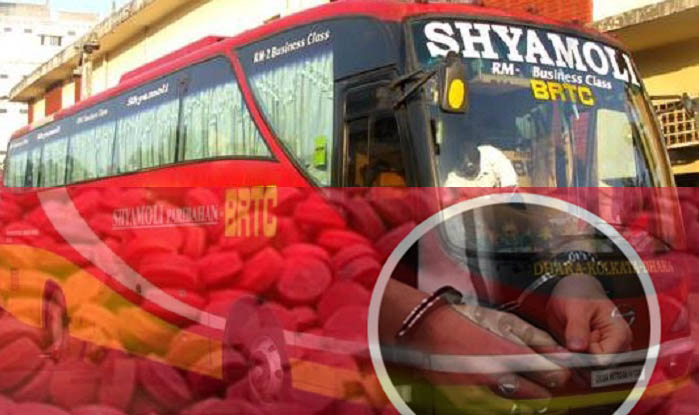 Rapid Action Battalion (RAB) on Friday arrested a person along with 10,000 contraband yaba tablets from Mohakhali area in the capital during a drive on a passenger bus.

A team of RAB-2 conducted a raid on a bus of Shyamoli Paribahan in the city’s Mohakhali railgate area this morning and seized 10,000 yaba pills from the bus.

He said Noor-E-Alam was a carrier of yaba smuggling as the bus driver smuggled the contraband tablets into the capital from Cox’s Bazar in the past too.

And then Noor-E-Alam received those at Chakaria and brought the contraband tablets to the capital, he said.