Proposed budget to create pressure on majority of people: BNP 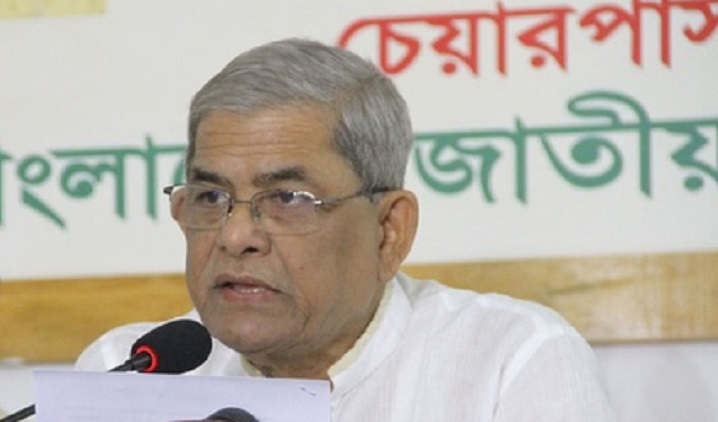 The BNP on Friday said that the people will not accept the proposed national budget for 2019-2020 fiscal year as it will create pressure on them and increase inequality.

''The national budget of Tk 523,190 crore is highly ambitious. It'll create direct economic pressure on the majority of the people. The rich will become richer and the poor will become poorer if it's implemented," said BNP Secretary General Mirza Fakhrul Islam Alamgir.

He said that the budget will not fulfill the people's hopes and aspirations as it has been formulated against their interests.

"The people won't accept the budget in the same way they didn't accept the last general election," he said while giving his party's formal reaction to the proposed budget at a press conference at BNP chairperson's Gulshan office.

Fakhrul said the middle and lower middle-class people will suffer the most if the budget is implemented as a huge load of VAT has been imposed on them.

The BNP leader also claimed that the government did not formulate the budget to address key problems faced by the common people, including those related to earnings, housing, education and health.

"The people have no enthusiasm over the size of budget as the allocations in every budget get reduced at the end of every year," Fakhrul said.

He said allocations for important sectors have shrunk comparatively as the government deviated from the welfare-state principle. "They confined the economy into a circle of loan-based dependency," the BNP leader said.

Fakhrul leader said though the government has serious limitations in revenue collection in the outgoing fiscal, it set a bigger revenue target for the next fiscal by the National Board of Revenue. "Under the circumstances, the budget deficit will only increase further," he pointed out.

He questioned the government's performance in expending allocation under the annual development programme, 'unusual' rise in the expenditure in mega projects, 'uneven' GDP growth target and the mismanagement in macro economy.

As the government has kept Tk 145,380 crore deficit in the proposed budget, the BNP leader said a big portion of the budget is being spent to repay loan and interests.

"The government's loan is growing for creating excessive posts in the public jobs, giving wholesale promotions, increasing salary structures and facilities. In the proposed budget, 20.5 percent of the total revenue has been allocated for providing salaries of the government employees. It's not justified in any way," Fakhrul said.

Mentioning that the government decreased the price of gold which is mainly used by the affluent section of society, he said the government has taken a position against the common people by increasing the prices of mobile phones, SIM cards, and mobile phone services.

'Not for the people'

BNP Standing Committee Member Moudud Ahmed said that the government has formulated the new budget only to facilitate the beneficiaries of the ruling party.

"This budget has no relation with the common people," he claimed.

He said though farmers have long been demanding ensuring fair prices of their produce, including paddy, the Finance Minister did not take any step in the budget in this regard.

The BNP leader alleged that the government has opened all ways for indulging in corruption by the ruling party leaders and activists.

He also criticised the government for not giving adequate allocation for the health and education sectors.

BNP Standing Committee Member Dr Abdul Moyeen Khan said people will get nothing, except a big burden of tax if this budget is implemented.

"In one sentence, I can say that this budget is a document of failures of the current government," he said.

Another BNP Standing Committee Member Amir Khosru Mahmud Chowdhury said that those who are now governing the country are not public representatives.

"They are oligarchs. They do business, politics, formulate policies and implement those for protecting their interest, not people's interests," he alleged.