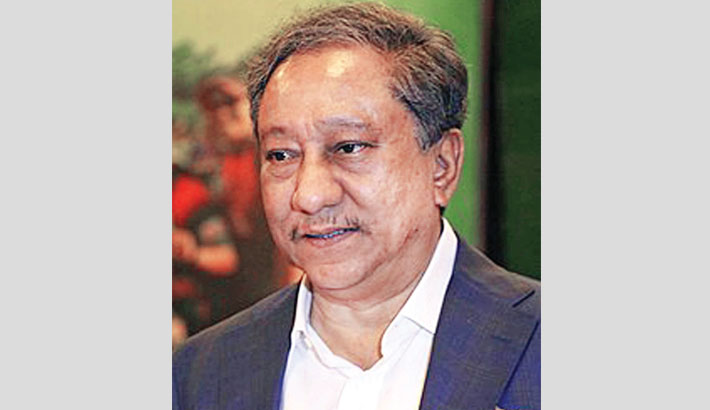 Bangladesh Cricket Board (BCB) President Nazmul Hasan Papon hinted at changes in the Tigers’ playing eleven against West Indies. During an informal press meet at his residence in the capital on Friday, BCB chief also felt that Bangladesh will have to perform with bat and smother the opponents with runs to break through into the semi-final of the cricket mega-event.

Bangladesh team management are now faced with a quandary on which players to leave out of the playing eleven and whom to bring in as nearly everyone has performed well to justify their spot.

“In comparison to previous editions of World Cup, we have a much stronger Bangladesh side. Shakib Al Hasan and Mushfiqur Rahim are performing superbly.  Nearly everyone is performing well. Tamim Iqbal is a super batsman. If he was in his superb form then things would have been much easier for us. It’s difficult to bring in change right now. But as call for continue to get louder some changes will be made,” said Papon.

Sometimes just the performance of the individual players might not be enough to land him a spot in the playing squad as reigning conditions also mandate adjustments in the squad. Papon explained why it is difficult job for the selectors in these conditions.

“The ground where we will take on West Indies is quite small. Considering this fact we will have to formulate our strategy accordingly. But whom do we leave out? Liton Das and Sabbir Rahman are being seen are deserving candidates for playing eleven berth but who do we leave out to accommodate them in the best eleven. How do we bring in massive changes in a winning team. It is not possible to force an opening batsman to play at number five. In the bowling department, many are expecting Rubel to be included. Let’s see, at least we bring in one change,” told Papon.

He also made a controversial claim stating that as far as he knew a change in Tigers squad was on cards for their encounter against England. But he declined to make any further comment on the matter stating that as he was not with the team at that moment, he doesn’t know why the same combination was fielded.

“The change in the squad was supposed to take place in the match against England. But I don’t know why it didn’t take place. I returned back to Bangladesh, that’s why I don’t know and explain the reasoning behind playing the same combination,” concluded Papon.