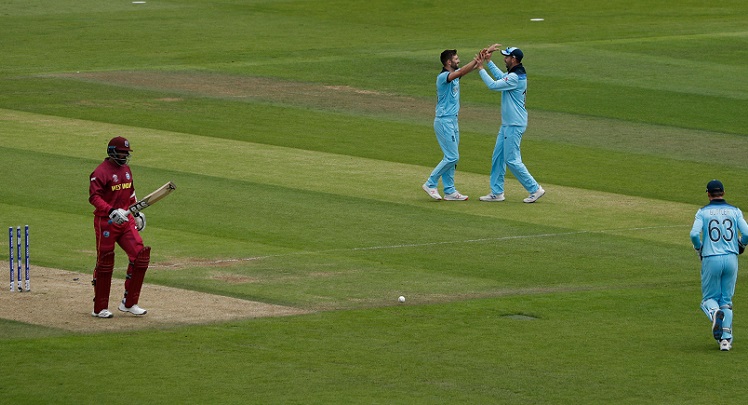 West Indies scored 212 for all wickets against England at 19th match of ICC Cricket World Cup 2019 at Southampton on Friday.

Chris Gayle was dismissed for 36 and England breathed a sigh of relief after earlier dropping the West Indian dangerman. Gayle made his 36 off 41 balls with five fours and one six.

The team were in deep trouble after losing three wickets scoring just 55 when Shai Hope was trapped in front of the wicket by Wood.

England pacemen Chris Woakes and Jofra Archer kept the Caribbean side in check early, restricting them to just eight runs off the first five overs.

Earlier, Morgan opted to bowl first, hoping to make use of the cloudy conditions.

The tournament hosts were unchanged from the team that beat Bangladesh in their last outing but West Indies made three changes.

England have two wins and one defeat while the West Indies have a win, a defeat and a no result so far.

All 10 teams play each other in the round-robin phase to determine the four semi-finalists.