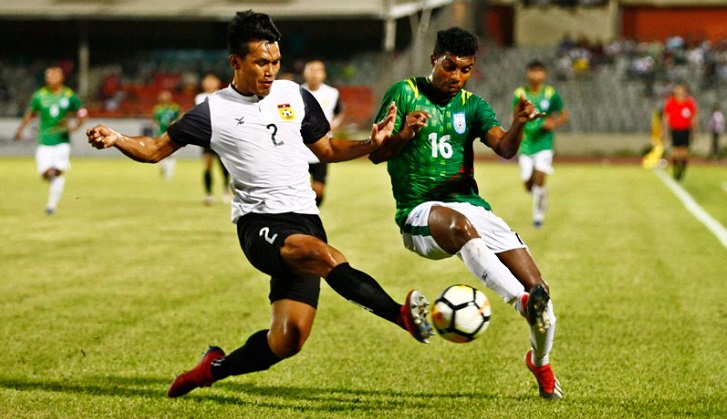 Bangladesh stepped up to 183rd from 188th after the latest FIFA rankings were published today (Friday).

They elevated five slots to make the jump to 183rd thanks to their latest 1-0 win over Laos in Vientien and goal less draw in away match in Dhaka.

Several of the biggest names in international football have also made significant gains in the latest edition of the FIFA/Coca-Cola World Ranking.

According to the report published in FIFA’s official site, Belgium (1st, unchanged) continue at the top, increasing their advantage over France (2nd, unchanged) following UEFA EURO qualifying wins over Kazakhstan and Scotland, there was plenty of movement elsewhere in the top 20. Portugal (5th, up 2), for example, moved into the top five on the back of their UEFA Nations League triumph, while the Netherlands (14th, up 2) edged upwards after reaching the final of the same competition.

A trio of former world champions are also on the rise. Spain (7th, up 2), Germany (11th, up 2) and Italy (14th, up 3) all ascended the global ladder on the back of positive results in the EURO qualifiers.

The next FIFA/Coca-Cola World Ranking will be published on 25 July 2019.