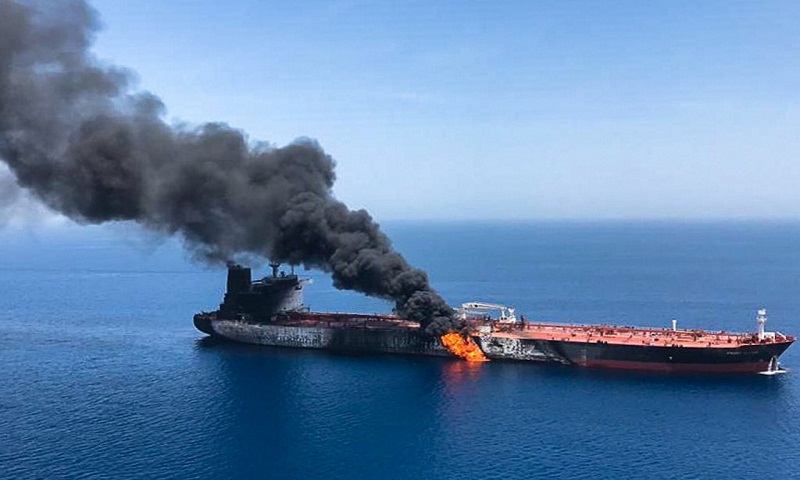 Iran's foreign ministry Friday dismissed as "baseless" US accusations of being behind attacks on two tankers in the Gulf of Oman, adding Washington was trying to "sabotage diplomacy".

The US had "immediately jumped to make allegations against Iran --(without) a shred of factual or circumstantial evidence," Foreign Minister Mohammad Javad Zarif said in a tweet.

That showed it was "abundantly clear that the #B_Team is moving to a #PlanB: Sabotage diplomacy -- including by @AbeShinzo -- and cover up its #EconomicTerrorism against Iran".

Zarif regularly uses the term "B Team" to refer to US National Security Advisor John Bolton as well as Israel's prime minister, Saudi Arabia and the United Arab Emirates, who are all pushing a hard line on Tehran.

US Secretary of State Mike Pompeo accused Iran of being behind Thursday's attacks which left at least one of the tankers ablaze off the Iranian coast, while the crews had to abandon ship.

Pompeo said there was strong evidence of Iran's culpability "based on the intelligence, the weapons used, the level expertise needed to execute the operation" and only Iran in the region had the ability to undertake such an operation.