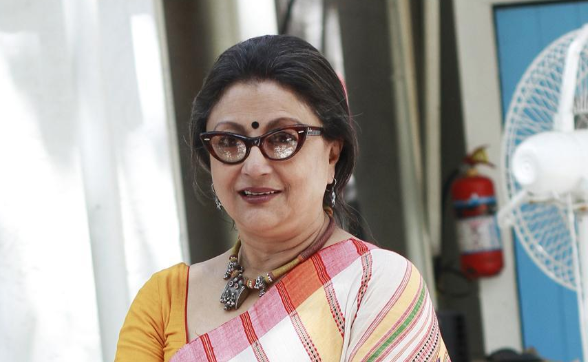 Award-winning Indian filmmaker and actress Aparna Sen  appealed to West Bengal Chief Minister Mamata Banerjee to talk to junior doctors in Bengal who have struck work to protest an attack on an intern by relatives of a patient at a government-run hospital in Kolkata. "Dear Chief Minister, you are our guardian. You are like our mother. You are senior to these young doctors. Please take care of them," Aparna Sen said as protests entered their fourth day.

Aparna Sen made the remarks during a visit to NRS Medical College and Hospital in Kolkata where the intern was assaulted. "Yes, the Minister of State came here. But you are the health minister. Please come and talk to them," she said.

"And I want to tell the doctors here, be careful. Things are slipping to the hands of lumpen elements," she added.

The filmmaker's remarks came after Union Health Minister Harsh Vardhan today criticised the Bengal government's handling of the crisis, urging Mamata Banerjee to "show sensitivity and end the suffering of patients across the country".

Aparna Sen had earlier criticised the Chief Minister, warning her she could be digging her own grave with "knee-jerk" reactions to the BJP's "Jai Shri Ram" campaign. She also warned the Trinamool chief that she was "digging her own grave" and understand that continuing to act and speak without caution would turn the people of the state against her.

"Instead of taking action against the attackers (of the doctor), she (Mamata Banerjee) gave the doctors an ultimatum, warned and threatened them because of which doctors of West Bengal and across the country are angry," Harsh Vardhan said.

"If one Chief Minister shows sensitivity and changes her behaviour, it will end the suffering of patients across the country," he added.

On Thursday, Ms Banerjee, who also holds the Health portfolio, met striking doctors at NRS Hospital, asking them to get back to work. Calling them "outsiders", she said "the government will not support them in any way" and warned of strict action.

The doctors defied the Chief Minister's 2 pm deadline, demanding better security, among others terms, to call off the stir.

The striking doctors have been joined by scores from others states to boycott work for a day and express solidarity with their Bengal colleagues. Doctors in Delhi, Mumbai, Bengaluru, Hyderabad, Jaipur Thiruvananthapuram and other cities staged protests. Doctors at Delhi's All India Institute of Medical Sciences (AIIMS) were seen wearing helmets and bandages as they attended to patients.