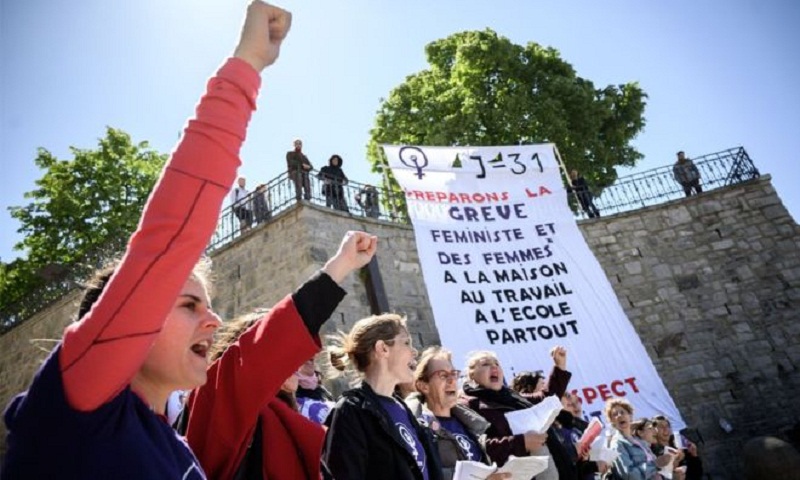 Women across Switzerland have begun a day of demonstrations against what they say is the country's unacceptably slow pace to equality.

Friday's protest comes 28 years after similar action saw half a million women take to the streets in 1991.

Swiss women have long campaigned to accelerate the pace of gender equality.

They joined millions of other women in Europe after World War One ended in 1918 in demanding the right to vote - but did not get it until 1971.

At the time of the 1991 strike there were no women in the Swiss government, and there was no statutory maternity leave.

Appenzell, the last Swiss canton to refuse women the right to vote, had just been ordered to change its policy by Switzerland's Supreme Court.