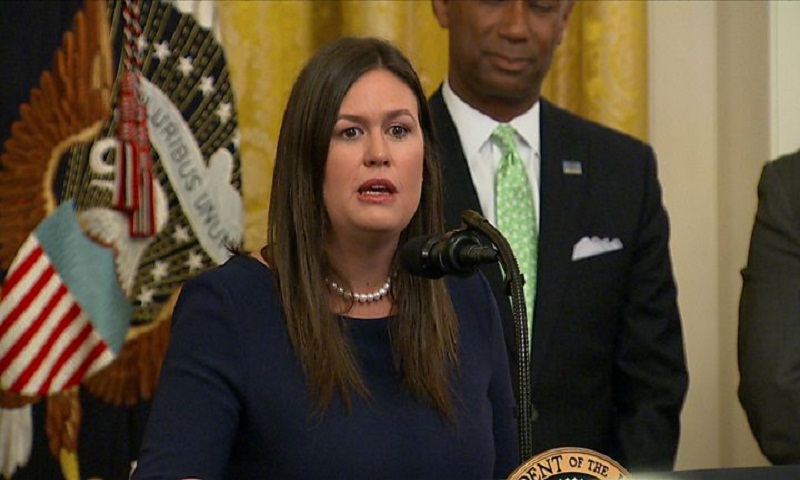 He said his spokeswoman would return to her home state of Arkansas at the end of June, praising her as a "warrior".

Mrs Sanders, who is the latest senior White House aide to exit, said her role had been "the honour of a lifetime".

Her credibility was questioned during a combative tenure that saw press briefings all but relegated to a thing of the past.

She started out as deputy press secretary before replacing Sean Spicer in the top post in July 2017.

At an unrelated White House event on Thursday, Mr Trump described her as "a special person, a very, very fine woman".

"She's a warrior, we're all warriors, we have to be warriors," Mr Trump added.

The president did not name a replacement press secretary.