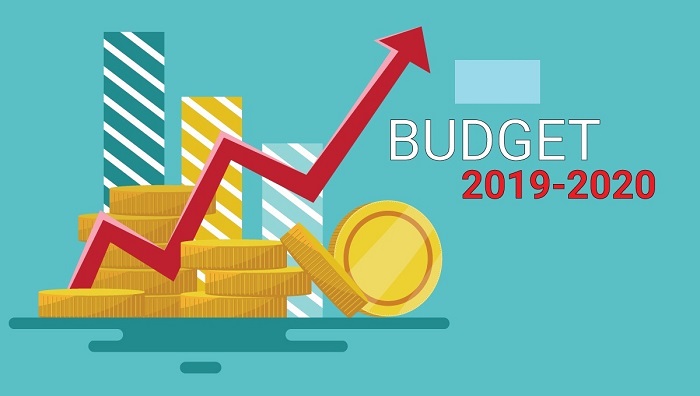 Noted economists have said implementation of the new budget will be the main challenge for the government as ‘administrative inefficiency and legal complexity’ may appear to be a major obstacle to it.

They said the rate of budget implementation has decreased to 75-80 percent from 93-94 percent over the last one decade following revenue shortfall, lack of institutional capacity and required reforms.

Dr Mirza Azizul Islam, who presented two budgets during the 2007-2008 period as an adviser to the caretaker government told that there are many things in the budget about which there is no clear guideline. “Implementation of the budget will be the main challenge. Administrative inefficiency and legal complexity are the main obstacles to the implementation,” he said.

He said there is no clear direction about the ease of doing business, proper implementation of the Annual Development Programme (ADP) projects, good governance and banking sector. “Besides, the budgetary allocation for social safety net is not enough.”

Wahiduddin Mahmud who placed a budget in 1996 as a caretaker government adviser said the challenge lies with the budget implementation. “From the look of the revised budget for the outgoing financial year and its state of implementation up to the month of March reconfirms the main weakness of our financial management, namely the persistently low revenue mobilisation that routinely misses its target.”

“It appears from the budget speech that the strategy for the upcoming budget will be to substantially improve revenue collection by initiating a campaign against tax evasion and not by hurting the common people through increases in the tax rates,” he said.

The noted economist said that is indeed a noble goal and, even if partially successful, such a campaign can begin to make a real difference in our fiscal management. “Admittedly, a change in the culture of tax evasion will not be easy, but the campaign should have started much earlier.”

He also said in spite of the visibly good intentions to allocate more funds for public social spending on health, education and the safety nets, the low rates of revenue mobilisation remain the most formidable constraint, on top of the problem of poor service delivery.

Wahiduddin said while the new VAT law will now finally be implemented, its effects on prices and business incentives remain unclear because of lack of articulation. “It’s not clear what principles have been followed in applying VAT at different rates instead of the initially proposed single rate. The VAT rates may vary according to stages of the supply chains from import and production to wholesale and retail trade, which are similar to the existing truncated rates and are justified by the lack of capacity of businesses to claim credits for VAT paid at the earlier stages.”

In bringing any changes to the tax structure, he said, the policymakers are obviously keen to improve the business environment and investment incentives.

However, an overlooked fact is that making the truant businesses tax compliant and preventing the malpractices in import-export businesses are effective ways to encourage honest entrepreneurs – even more effective than providing tax incentives or outright subsidies, said the renowned economist.

He also said the budget proposes providing a subsidy to attract transfer of remittances to the banking system away from the illegal channels. “The cost of such subsidies will need to be weighed against the intended benefits through monitoring.”

“We expect clear guidelines and plans from the government on how this budget is going to be implemented, given the fact that weak implementation of budget has become a norm in recent years. It’s important to highlight how the performance of different ministries will be improved to implement this proposed budget,” he said.

He added that this budget has taken a number of positive initiatives. For example, pension scheme for all, government employees under insurance coverage, wealth tax, additional tax on the registration fee for vehicles, incentives for remittances, and tax office in every upazila. “However, like in the past, there’s no assessment why different positive initiatives proposed in the past budgets were not materialised.”

Selim underscored the need for a mechanism to evaluate the implementation of the positive initiatives proposed in the budgets. “Or else, many of these initiatives will remain only as words,” he said.

He further said there are few initiatives which can be counterproductive.

Investment amnesty proposed for black money, without any punitive measures and political patronage and poor monitoring can make this initiative unsuccessful. “It’s imperative that the overall business environment of the country is improved significantly which lead to the much-needed acceleration of private sector investment.”

Given the current practice of slow progress in implementation and costly ventures, speedy and cost-effective implementation of the mega projects, SEZs and other development projects under the ADP is very important, the SANEM executive director said. “We haven't seen in the proposed budget how things are going to be different in the coming days. For export diversification, which is very critical for Bangladesh, the non-RMG export-oriented sectors should receive much higher priority and attention than the RMG sector, which is not there in the proposed budget.”

Also, with the poor structure of the tax system and laws, it is not possible to increase the tax-GDP ratio significantly within the next couple of years, as mentioned by the Finance Minister, he said, adding that two other areas did not get desired attention: the much-discussed fragile banking sector and the agricultural sector, especially how the crisis in agriculture can be solved through effective government interventions.

He said an independent bank commission should be formed to resolve the crisis in the country’s banking sector. “VAT programming and increasing institutional capacity will help increase the budget implementation rate,” he added.

Towfiqul also said no reform measure, which was expected, was seen in the budget.

Meanwhile, Bangladesh Garment Manufacturers and Exporters Association (BGMEA) President Rubana Huq said they are not cent percent satisfied with the budget. “We’re 70 percent happy at the budget as there’s some good news as well as bad news for us in the budget.”

She also thanked the government for prioritising many sectors that usually remain out of attention. “It’s a very good initiative that Tk 100 crore has been kept aside to create new entrepreneurs and Tk 74,367 crore is allocated for social safety net,” Rubana said, hoping that apparel workers would be brought under the social safety net programme.

Mentioning that the garment section is not passing a good time now, she underscored the need for enacting a ‘bankruptcy law’ on an urgent basis to save them.

The BGMEA president said they got hurt as there is nothing about women entrepreneurs in the budget.

Dhaka Chamber of Commerce & Industry (DCCI) President Osama Taseer said the revenue collection target has been fixed at Tk 377,810 crore with the National Board of Revenue fetching Tk 325,600 crore of them. “The DCCI thinks this big target will be challenging for the NBR. But to attain this target, the government will have to widen the tax net.

About the deficit of Tk 145,380 crore, he said the government will take about Tk 47,364 crore from the banks to meet the shortfall which is not unfriendly for the business.

He, however, said the private sector credit flow should not be hampered following this borrowing.

Osmaa Taseer also suggested reducing the corporate tax to increase private investment in the country which is needed for employment generation.

DCCI hails the decision of creating the startup fund of Tk 100 crore for young unemployed people so that they can avail the fund and start a new venture.

Osama underscored the need for allocating the fund in a transparent manner.