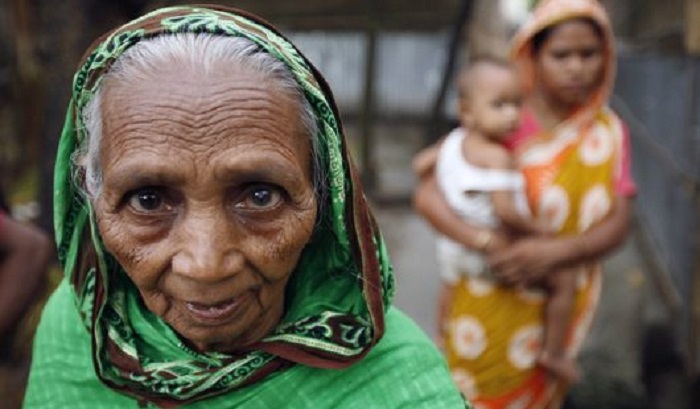 The proposed budget expects the poverty rate be brought down by 10 percent in the next four years through a coordinated approach engaging the private sector to supplement the government’s anti-poverty initiatives.

Prime Minister Sheikh Hasina told this while unveiling the budget in Jatiya Sangsad on Thursday as Finance Minister AHM Mustafa Kamal felt sick while placing it for 2019-20 fiscal.

“We are implementing various programmes for marginal communities besides helping the people with disabilities,” she said.

The social safety net coverage has expanded in the budget increasing the number of beneficiaries to 78.71 lakh including from the existing 6,602,500.

The number of old aged beneficiaries rose to 44 lakh from 40 lakh and number of widows or women repressed by husband to 17 lakh from 14 lakh. The number of insolvent disabled people increased to 15.45 lakh from 10 lakh.

The government also increased the state honorarium for valiant freedom fighters to Tk 12,000 from Tk 10,000.

“To bring all third gender people under the net, the number of beneficiaries of Third Gender Livelihood Development programmes to be increased to six thousand,” the Prime Minister said.

She said additional 20 thousand beneficiaries from the gypsies and disadvantaged communities to be included in the current list of 64 thousand persons, adding, “The number of beneficiaries of the financial assistance programme for patients suffering from cancer, kidney, liver cirrhosis, paralyzed due to stroke and congenital heart diseases to be increased from 15 thousand to 30 thousand.”

“Priority is given for ensuring the selection of genuine beneficiaries to enhance the effectiveness of social safety net programmes. For this purpose, steps have been taken to establish MIS for all programmes and database for all beneficiaries. Payments are being made directly from the government to the beneficiaries through the G2P system,” she said.