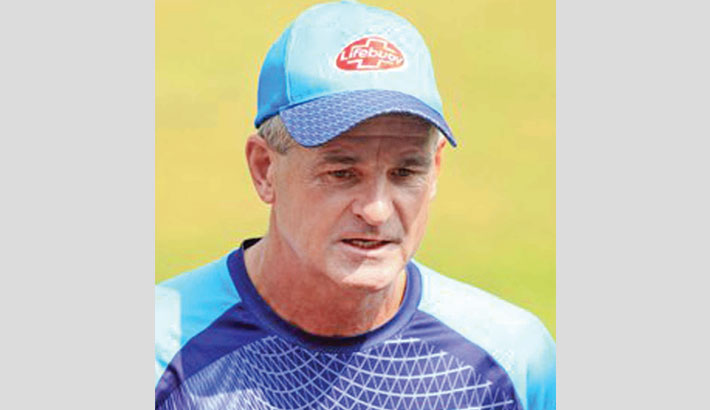 From November 2017 to May 2018, many popular coaches like Paul Farbrace, Andy Flower, Thomas Masson Moody and a lot more declined to coach Bangladesh. Rhodes accepted the offer and soon after Bangladesh Cricket Board (BCB) recruited Rhodes as the Head Coach for Tigers. While maintaining the success rate Bangladesh enjoyed during the reign of former Head Coach Chandika Hathurusingha, Rhodes is entrusted with the responsibility of bringing Tigers to the cusp of success in ICC World Cup 2019 which is being hosted in his motherland England.

Bangladesh are most dependent on their ‘Fabulous Five’ namely Mahrafe Mortaza, Shakib Al Hasan, Tamim Iqbal, Mahmudullah Riyad and Mushfiqur Rahim. These senior players have traditionally been the most lethal weapons of Bangladesh.

Apart from the seniors, Rhodes is trying to find replacements for specific spots in the team such as opener Soumya Sarkar has been given more freedom and it made him take more duties and become more responsible. Others such as Mehedi Hasan Miraz, Mustafizur Rahman and Mohammad Saifuddin strengthened their spot in the Tigers’ squad not only with their performance but also with their consistency.

“As the Head Coach, I tried to empower the cricketers to understand their roles and responsibility. I tried to teach them how to take quick decisions and learn from their mistakes to improve their skills.  That’s why all these young cricketers are putting up a great show in the field. Everyone is praising our team,” Rhodes said.

“Soumya is in a pleasant rhythm and Liton Das is in good form even though they are not playing. Sabbir Rahman scored a century in the Tri-nation series, Miraz for the last two-three years is bowling really well. Also Saifuddin and Mustafizur are also performing well. Overall the team have improved their performance,” he added.

In the ongoing ICC World Cup 2019, Bangladesh have started off well by winning against South Africa. But their losses against New Zealand and England and also the abandoned match against Sri Lanka have made them loose points as such Bangladesh are falling a little behind in the race for a spot in the top-four. According to the stats of last one year, Rhodes feel that Bangladesh are a strong contender to the World Cup title against the traditional favourites.

“If you look at the strong teams in this World Cup, you’ll see that we have put a tough fight against some of them. But the fact remains in terms of quality of cricket, we are still far behind some of the big boys. We still have some cricketers who are trying their outmost to improve themselves and they have the capabilities to accomplish their goals. Some of our cricketers have started touching those high standards but they still lack experience,” Rhodes said.

After Rhodes was appointed the Head Coach of Bangladesh, Tigers seemed to suffer from a lack of self-confidence. Which eventually led to Tigers losing their series against South Africa and even to Sri Lanka that too at their home. Rhode’s team also were whitewashed by Afghanistan in the T20 series. But winning some series on the trot, Bangladesh again found their confidence to keep on fighting.