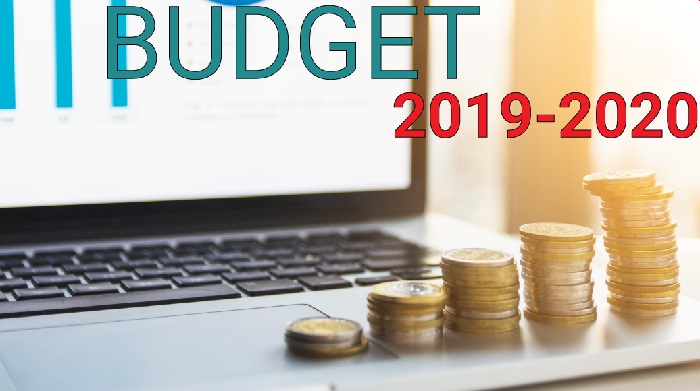 Lauding the proposed budget for 2019-20 fiscal that placed on Thursday before the House, leaders from different business bodies said that boosting implementation capacity, ensuring accountability and skill development would make the budget effective.

They also said the high revenue collection target, proposed in the budget, will be a challenge for NBR. If the target is to be attained, the government has to widen the tax net.

They made reactions at their initial budget reaction on proposed National Budget 2019-20 Fiscal through separate press releases on Thursday.

“For educational sector Tk additional 13,000 crore and in health sector additional Tk 3,000 has been allocated,” she added.

She also said, for exempting garment sector from value added tax (VAT) of electricity, gas and water of WASA 100 percent and for 5 percent import duty on five fire extinguishing instruments will be greatly help the sector.

It is good news for us as the government is working on making bankruptcy and insolvency act that will act as safeguard for entrepreneurs and conflicting sides of VAT and Custom Act.

But on our demand of providing 5 incentives for garment industry, the government has granted one percent which amounts Tk 2825 crore. Though, the allocation is inadequate comparing our demand, it will be helpful for the industry.  Earlier, the BGMEA recommend setting corporate tax rate as 10 percent but it is kept unchanged.

Now the budget is just announced but there has a room for discussion. BGMEA hopes it can solve the existing problems in talking with the finance minister as it has great contribution in the economy.

Dhaka Chamber of Commerce and Industry (DCCI) President Osama Taseer in his initial reaction said that in the proposed National Budget, revenue collection target has been fixed Tk 3,77,810 Crore. Out of which, NBR will have to collect Tk 3,25,600 crore.

DCCI also thinks this ambitious target will be challenging for NBR.

“Budget deficit is Tk 1,45,380 crore. Government will take about 47,364 crore taka from the banks to mitigate this shortage which is not unfriendly for the business but because of this borrowing,  private sector credit flow should not be hampered,” Osama Taseer said.

Private sector credit flow in the last fiscal year was 12.5% though according to monetary policy 16.5% credit flow was targeted. According to Bangladesh Bank non-performing loan is Tk 1,10,873 crore. 48% of this NPL is from the government Banks. But the budget indicates that from now on, this NPL will not be accelerated more which is very much appreciable.

DCCI hails the decision of forming "Insolvency and Bankruptcy Law".

For loan rescheduling, government has to allot a large amount of money every year. As a result, this money cannot be used in any development programme. It may fuel cost of doing business. DCCI hails the initiative of forming banking commission and merger and acquisition.

Implementation of new VAT Act 2012 is a timely initiative. DCCI hopes that this new VAT Act might play an important role in doing businesses. But there should be a provision of Input credit tax under VAT Act 2012 otherwise the extra burden might be borne by the consumers.  In that case inflation might go up than the proposition level. Considering the cost of living tax free income limit for individual might be revised to 3 lakh taka, DCCI President proposed.

Before implementation new VAT Act 2012 awareness should be created and DCCI urged for simplification of new VAT Act 2012. Besides, VAT collection procedures should also be simplified, he said. He suggested to ensure a harassment free VAT system in the country.

He also suggested to reduce corporate tax in order to increase private investment in the country. Since Investment is needed for employment generation.

8.2% GDP target is quite achievable but to get benefit out of this we have to create employment generation and attract local and foreign investments. He urged for operation of one stop service under BIDA in 64 Districts in the country with the assistance of private sector.

DCCI hails the decision of creating the startup fund of 100 crore taka for young unemployed people so that they can avail the fund and start a new venture. But Osama Taseer suggested to allocate the fund to the competent, energetic and eligible persons in a transparent manner.

Initiative of increasing tax payers to 1 crore from the existing 20 lakh is quite appreciable but without widening tax net specially in the Upazila level.

DCCI President hails the decision of slashing registration fee on trading of land and apartments.  DCCI suggested to allocate a fund for diversified jute products. DCCI also appreciated the decision of giving 1% cash incentive to the exporters of RMG products.

“This proposed budget will contribute in the development of SME sector, women entrepreneurship, price hike control and tax collection network,” he said at a programme arranged on the occasion of proposed budget placing at the Bangabandhur Conference Hall of World Trade Centre in the port city on Thursday.

Syed Jamal Ahmed also said if the projected 8.2 per cent GDP growth can be achieved, it will accelerate the pace of the country’s development.

Thanking Prime Minister Sheikh Hasina and Finance Minister AHM Mustafa Kamal for their proposal on the reduction of registration and stamp fees in housing sectorin the national budget for the fiscal year of 2019-20, REHAB acting president Liakat Ali Bhuiyan said, “These initiatives will help to overcome the staginess in the housing sector of the country.”