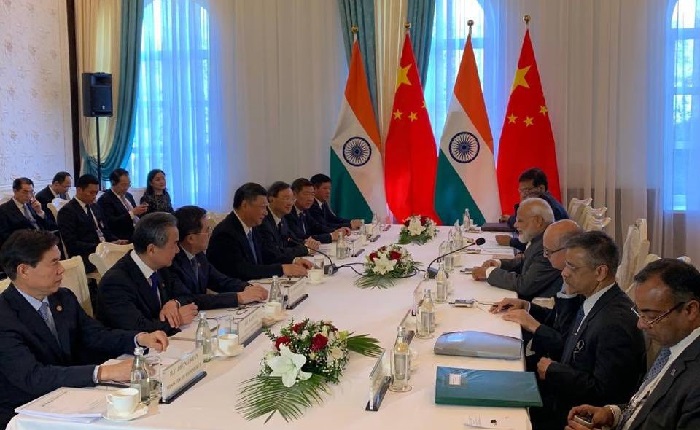 Ahead of the Modi-Xi meeting, China hinted that President Xi would highlight the need to forge a united front against U.S. President Donald Trump’s policies of trade protectionism and unilateralism using tariffs as a weapon.

Mr. Modi arrived in the Kyrgyz capital on June 13 for the SCO summit, the first multilateral engagement post his re-election. The SCO is a China-led 8-member economic and security bloc with India and Pakistan being admitted to the grouping in 2017.

“Deepening friendship with China. PM @narendramodi’s first meeting on the sidelines of the SCO Summit is with President Xi Jinping. Both leaders are discussing ways to further strengthen bilateral relations,” the Prime Minister’s Office tweeted.

Earlier in October, President Putin travelled to India for the 19th India-Russia annual summit during which he held comprehensive discussions with Modi on wide-ranging bilateral, regional and international issues.

Russia has been one of India’s key suppliers of arms and ammunition.

Prime Minister Modi, President Putin and Chinese President Xi Jinping held a trilateral meeting, the second among the three countries after a gap of 12 years, on the sidelines of the G-20 summit in Buenos Aires in December during which they underscored the benefits of a multilateral trading system and an open world economy for global growth and prosperity.