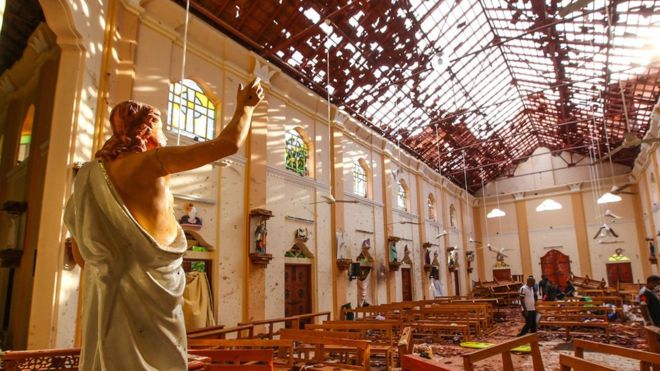 Investigators said Mohammad Azharuddin, 32, was friends on Facebook with Zahran Hashim, the alleged ringleader of the attacks, claimed by Islamic State (IS).

The arrest followed raids on a suspected IS militant cell in the southern Indian city of Coimbatore.

The Sri Lanka bombings killed more than 250 people and wounded 500 others.

Five other men have been detained for questioning, said India's National Investigative Agency (NIA), which conducted the raids and made the arrest.

It registered a case against Mr Azharuddin and the others on 30 May, according to a press statement.

State intelligence and local police are now conducting further raids in Ukkadam, a neighbourhood in Coimbatore, where officials say three of the suspects, including Mr Azharuddin, live.