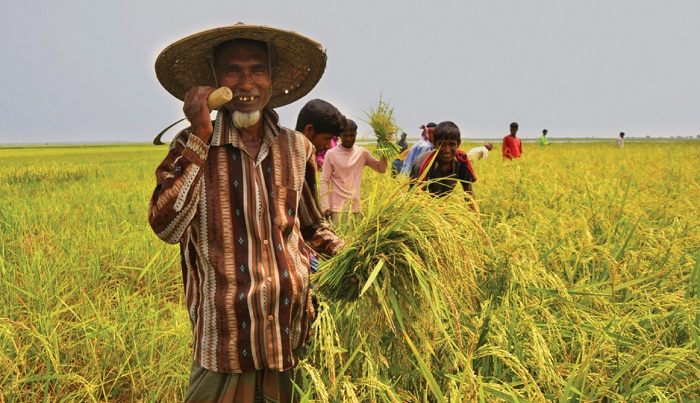 The government earmarks Taka 14,053,40.00 crore for agriculture sector in the proposed budget which is Taka 1260.88 crore more compared to the revise budget of 2018-19 fiscal year.

At the same time, the government has earmarked Taka 9000 crore as subsidies and incentives in the proposed budget while in the revise budget of 2018-19, the accumulated subsidies was Taka 8,070 crore.

“We will continue successful interventions , such as agricultural subsidies, other agricultural input incentives and support cards including those for fertilizers and seeds, support for agricultural rehabilitation, agriculture credit at easy terms,” said finance minister AHM Mostafa Kamal while placing the proposed budget in the Jatiya Sangsad on Thursday.

On the agriculture development, the finance minister told the House that agriculture is vital to our national economy where 40.62 per cent of total labor force is employed in the sector, adding that “Despite a gradual reduction in cultivable land, the average growth of agricultural sector stood at 3.7 per cent over the last 10 years owing to sincere efforts from the government and relentless hard work of the farmers.”

In addition, the country is in the 7th position in mango production and 8th in potato production, the minister added.

In the proposed budget, the minister, however, reiterated the government continuous effort for the subsidy and said the sales price for chemical fertilizers will be kept unchanged in the next fiscal year irrespective of their import costs, and incentives for the agriculture sector will continue.