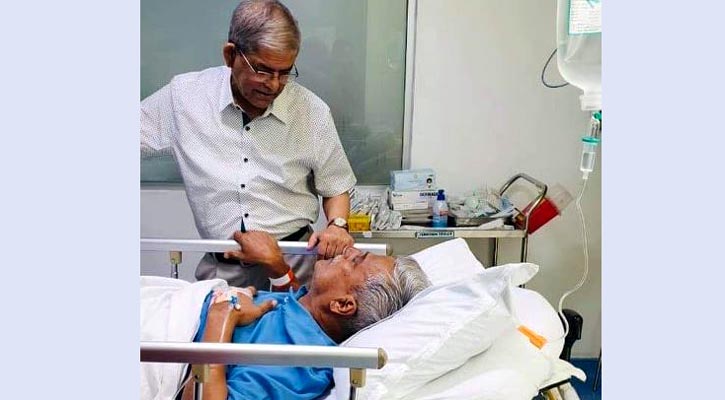 BNP chairperson's adviser Joynal Abedin Farukh was admitted to Apollo Hospitals in the capital on Thursday with vomiting related sickness.

The former chief whip of the parliament was admitted to the hospital at 11:00am.

However, BNP Secretary General Mirza Fakhrul Islam Alamgir has paid a visit to the ailing leader Faruk at the hospital.

Confirming the news, Sairul Kabir Khan, a member of BNP chairperson's press wing, said the BNP secretary general went to the hospital and spent some time beside the ailing leader. He inquired about his health condition and treatment.

Tamanna Faruk Them, Daughter of Farukh, who is also the president of Senbagh upazila BNP said, her father was admitted to hospital as he vomited several times in the morning.