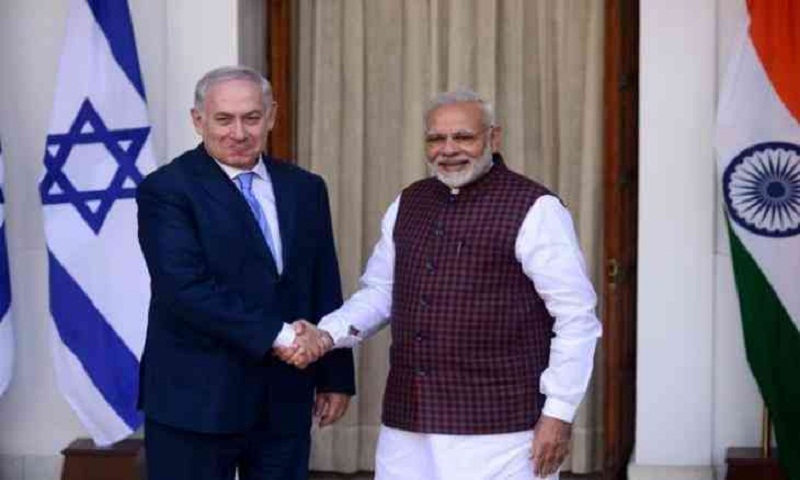 Israeli Prime Minister Benjamin Netanyahu has thanked his Indian counterpart Narendra Modi for voting in favour of a decision introduced by the Jewish state that objected to granting consultative status to a Palestinian group at the UN's Economic and Social Council.

In a rare move, India on Tuesday voted in favour of Israel in the UN Economic and Social Council (ECOSOC) to deny the Palestinian non-governmental organisation "Shahed" the observer status, after Israel said the organisation did not disclose its ties with Hamas.

"Thank you @NarendraModi, thank you India, for your support and for standing with Israel at the UN," Mr Netanyahu said in a tweet on Wednesday, almost a week after the June 6 vote.

It is the first time that India has voted on a resolution at the UN that is being perceived as pro-Israel, reports PTI.