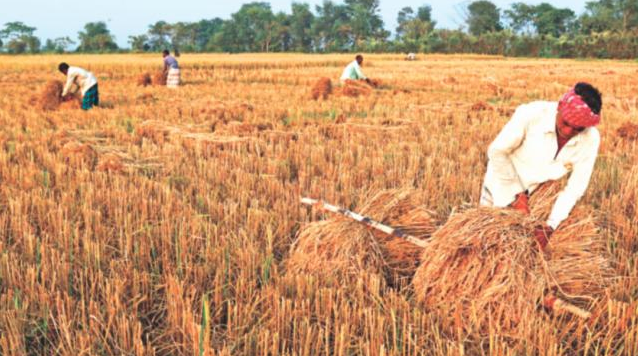 We welcome the government’s move to procure some 2.5 lakh metric tonnes of paddy directly from the farmers. No doubt it is a good move, but the authorities have to ensure that middlemen cannot sneak into the process and deprive the farmers.

The government’s original plan was to procure 12 mts of rice and 1.5 mts of paddy. But due to a bumper production of Boro paddy, the selling price of the food grains took a nosedive, leaving farmers in anguish as they were failing to recoup production cost, let alone making a profit.

What made the matter worse was that under the government’s procurement drive, rice and paddy was mostly being procured from the millers, not the farmers. The production cost of per maund of rice, including the labour cost, is said to be Tk 1,000 while mill owners were buying it at only Tk 550 to Tk 650 from the local market and selling to the government at Tk 1200.

Farmers were reasonably angry. The viral scene of fire on the paddy field gave the entire nation a glimpse of the farmers’ anger and frustration. But after returning from a 12-day long foreign trip, when Prime Minister Sheikh Hasina heard about the low price of paddy, she became concerned and ordered immediate direct purchase from the framers.

Following her directive, the Agriculture Ministry decided to buy 2.5 lakh mts of more rice and paddy directly from the farmers. With the additional procurement, the total paddy purchase of the government will now stand at 4 lakh mts. If the procurement drive is conducted sincerely and effectively, we hope the farmers’ agony will end.

However, for a long term solution to the problem, we must deal with the increase in production cost of farming. Cost of labour has increased manifold as more and more farm labourers are migrating to other occupations for getting higher wages. In general, a farm labourer used to earn less than half of what a rickshaw puller earns in Dhaka or other major cities. As a result, many marginal farmers and farm labourers took job in factories, or came to the cities for rickshaw pulling or went abroad, triggering an acute shortage of labourers.

The best way to deal with the labour crisis is the mechanisation of farming. The government should give subsidy in importing smart harvest technologies and incorporate those technologies in farming through proper introduction and training.