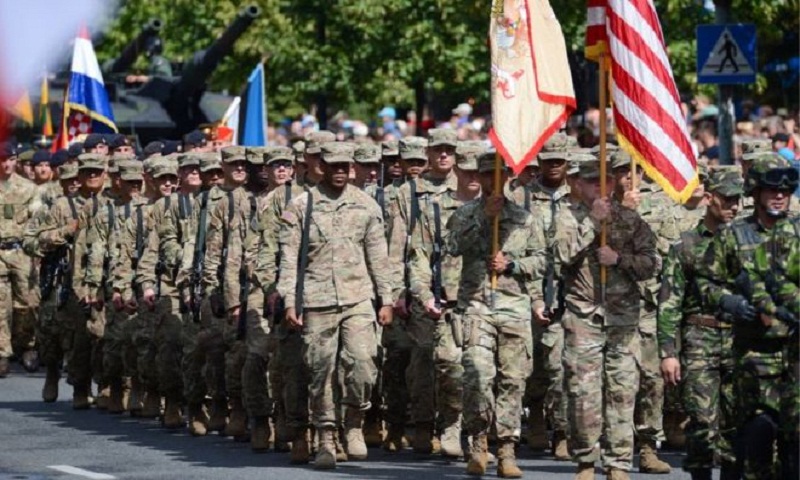 The US will deploy 1,000 more troops to Poland, President Donald Trump has said during a press conference with Polish President Andrzej Duda.

President Trump said the force would be taken from America's 52,000-strong contingent in Germany, and include drones and other military hardware.

He fell short, however, of committing to a permanent US base in the country.

It comes after offers from Warsaw to spend $2bn (£1.57bn) on building one.

The base may be called Fort Trump, President Duda quipped during his visit to the White House on Wednesday.

For the past year the Warsaw government has been lobbying the Americans to establish a permanent military base in Poland to host up to a division (several thousand) US troops.

The idea was quickly dubbed "Fort Trump". But there were problems.

Who would pay? Up to $2bn was offered by Warsaw, but this would only cover the initial establishment of the base.

Where would the troops come from? Moving them lock stock and barrel from the US would be hugely costly; shifting some from Germany or Italy might damage alliance cohesion.

Above all, a permanent base might breach the 1997 agreement between Nato and Russia.

What's happened is a fudge. Fewer troops than requested, and again on a rotational basis. This is seen by US commanders as boosting readiness.

But these rotational troops will help to develop Poland's military infrastructure to be able to receive much greater numbers of soldiers if necessary in the future.