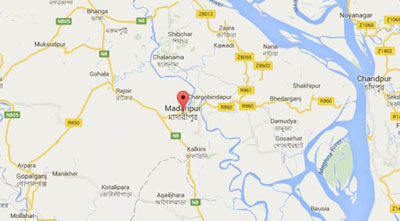 At least 30 people were injured following a clash between two rival groups of ruling Awami League(AL) over Sadar Upazila Parishad election in Madaripur.

The clash took place at Gasbaria area between supporters an AL candidate and an AL rebel candidate on Wednesday.

Police detained 11 persons from the spot in connection with the incident.

So far, 28 persons have been given treatment after the clash, Imranur Rahman Sonet, medical officer of Madaripur Sadar Hospital informed.