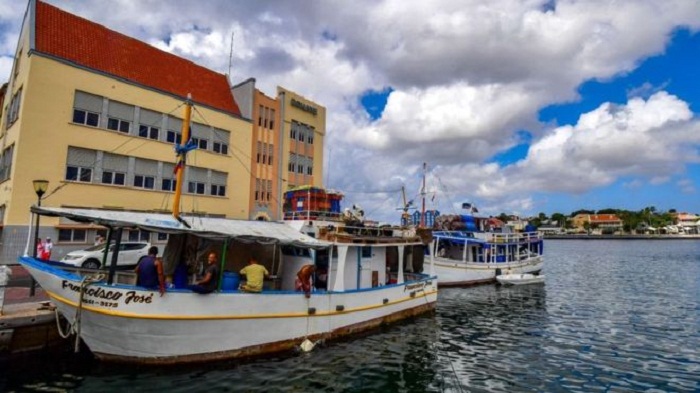 Thirty-two Venezuelan migrants are missing after the boat they were travelling on sank on its way to the island of Curaçao, a politician said.

The group left a village in the north-western Falcón state on a speedboat on Friday. Relatives said they had not heard from the group since.

It was the third Venezuelan migrant boat to capsize in recent weeks.

Some four million people have fled Venezuela since 2015, according to the United Nations.

A severe years-long economic crisis has resulted in high unemployment and shortages of food and medicine, and hundreds of thousands of people are said to be in need of humanitarian aid in the oil-rich country.

"No-one has been in touch with their families, which makes us fear the worst," said opposition politician Luis Stefanelli, who accused the government of "criminal negligence" for not deploying teams to search for the missing.

Venezuelan authorities have not yet commented.

The Dutch island of Curaçao is about 40 miles (64km) off the Venezuelan coast. Mr Stefanelli said each person had paid $400 (£313) for the crossing in a country where the monthly minimum wage is around $6.70.

Two other boats carrying migrants sank on separate journeys to Trinidad and Tobago in April and May, leaving more than 50 missing in total.

Last week, the UN refugee agency (UNHCR) and the International Organization for Migration (IOM) said the exodus from the country meant that Venezuelans were now "one of the single largest population groups displaced from their country".

Latin American countries host the vast majority of Venezuelan migrants and refugees. Colombia has the most at 1.3 million, followed by Peru with 768,000, according to UN figures.

But countries in Central America and the Caribbean also host significant numbers of Venezuelans.

The government of President Nicolás Maduro says the shortages are a result of a US-led "economic war". The opposition argues that they are the result of mismanagement and corruption by socialist governments.

The crisis deepened in January after Juan Guaidó, the head of the National Assembly, declared himself interim president, arguing that Mr Maduro's re-election last year had been "illegitimate".

He has since been recognised by more than 50 countries, including the US and most of Latin America. But Mr Maduro retains the loyalty of most of the military and important allies such as China and Russia.

In April, Mr Guaidó led a failed attempt to spark a military rebellion against Mr Maduro, who described the effort as part of a US-orchestrated coup. Since then, close allies of Mr Guaidó have been arrested. While his parliamentary immunity has been lifted, he has so far not been jailed.