Climate change on track to reduce ocean wildlife by 17pc 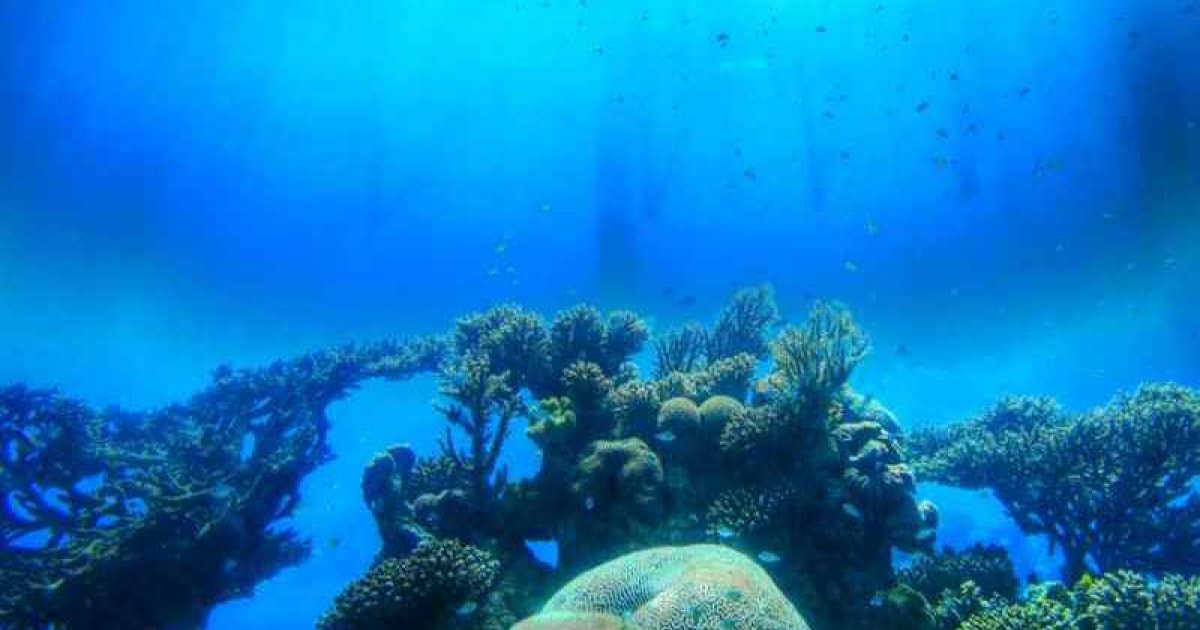 Climate change is set to empty the ocean of nearly a fifth of all living creatures, measured by mass, by the end of the century, researchers have calculated.

In a world that heats up three to four degrees Celsius compared to pre-industrial levels, 17 per cent of marine biomass -- from minuscule plankton to 100-tonne whales -- will be wiped out, they reported in the US Proceedings of the National Academy of Science.

Even in a "best-case" scenario of limiting warming to 2C -- the cornerstone target of the Paris climate treaty -- the ocean's biomass will drop off by five percent.

Shallow-water corals, which harbour 30 percent of marine life, are forecast to disappear almost entirely under these conditions.

Every additional degree will see the ocean biomass shrink by another five per cent. Earth is currently on course to be around 4C hotter by 2100.

"The future of marine ecosystems will depend heavily on climate change," said Junne-Jai Shin, a biologist at the French Institute for Development Research and one 35 experts from a dozen countries contributing to the study.

"Measures to protect biodiversity and fisheries management will need to be revisited."

Fortunately for life on land, oceans -- which cover 70 per cent of Earth's surface -- consistently absorb more than 20 per cent of the greenhouse gases humanity spews into the atmosphere.

But the accumulation of all that carbon dioxide has also made ocean water more acidic, threatening to upset the delicate balance of the marine food web.

Some regions will be hit much harder than others, the study found.

Climate change will reduce marine biomass by 40 to 50 per cent in tropical zones, where more than half-a-billion people depend on the ocean for their livelihood, and two billion use it as their main source of protein.

At the same time, the concentration of life at the poles would likely increase, potentially offering new sources of food.

The global population is set to expand from 7.3 billion today to nearly 10 billion in 2050, and to 11 billion by 2100, according to the United Nations.

"Up to now, the biggest threat has been overexploitation and the use of destructive fishing gear," said Callum Roberts, a marine conservation biologist and oceanographer at the University of York in England.

"But now, the biggest impact is switching over to climate change, and that is playing out in the sea."

The number of damaging marine heat wave days has increased by more than half since the mid-20th century, according to a recent study in Nature Climate Change.

A year-long marine heat spell off the coast of central and northern California -- known as "the blob" -- killed off large swathes of sea grass meadows and kelp forests, along with the fish and abalone that depend on them.

Another consequence of higher air temperatures is to thicken the ocean's top layer of warmer water, which results in oxygen-depleted zones bereft of life, Roberts explained.

These "dead zones" are also caused by nitrogen-rich runoff from agriculture around estuaries and along coastal areas.

Researchers at Louisiana State University estimated this week that a dead zone spreading at the mouth of the Mississippi river will cover a 23,000 square kilometre (8,700 square mile) area, and will be the second largest ever recorded in the northern Gulf of Mexico.