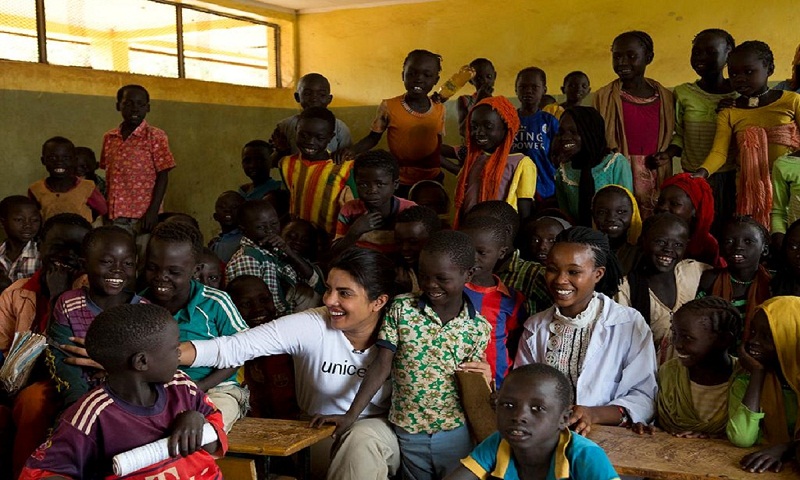 The United Nations Children’s Fund (UNICEF) is all set to honour leading actress Priyanka Chopra Jonas with the Danny Kaye Humanitarian Award at the UNICEF Snowflake Ball to be held on December 3 in New York.

Priyanka, who is a global UNICEF Goodwill Ambassador for Child Rights, expressed her happiness on twitter and wrote, “So humbled. Thank u @UNICEFUSA for honouring me with the Danny Kaye Humanitarian Award at the #UNICEFSnowflake Ball in December! My work with @UNICEF on behalf of all the world’s children means everything to me..Here’s to peace freedom & the right to education #ForEveryChild”.

The actress has been working with UNICEF since 2006 and was also named as the national and global UNICEF Goodwill Ambassador for Child Rights in 2010 and 2016, respectively. Priyanka feels strongly about several social, environmental and health issues and especially speaks up about women’s rights, gender equality and education.

Priyanka will now be seen in Shonali Bose’s ‘The Sky is Pink’ opposite actor Farhan Akhtar.