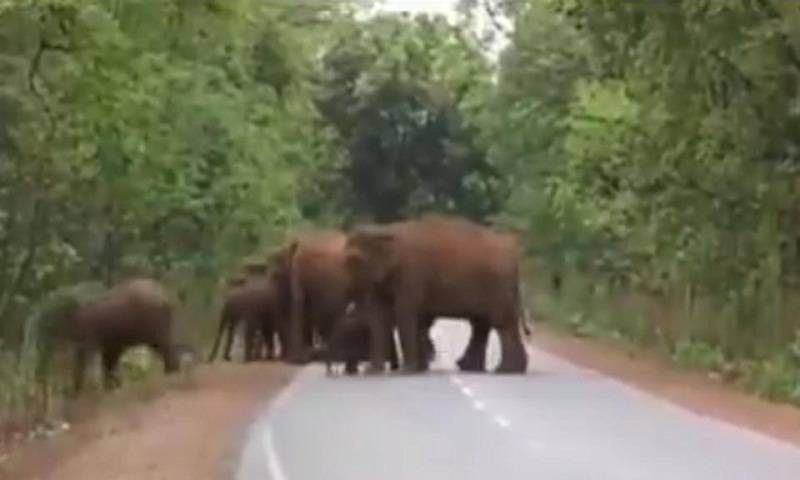 A recent video of a herd of elephants mourning a dead calf and holding what many have called a ‘funeral procession’ has gone viral. The video has been shared on Twitter by Praveen Kaswan, an Indian Forest Service officer. “This will move you !! Funeral procession of the weeping elephants carrying dead body of the child elephant. The family just don’t want to leave the baby,” he posted. The clip has received more than 200,000 views and left many heartbroken.

Shared on June 7, the video has gathered more than 14,000 “likes” and over 6,500 retweets. The video has tapped into the emotional side of tweeple who left several comments on this clip, reports HT.