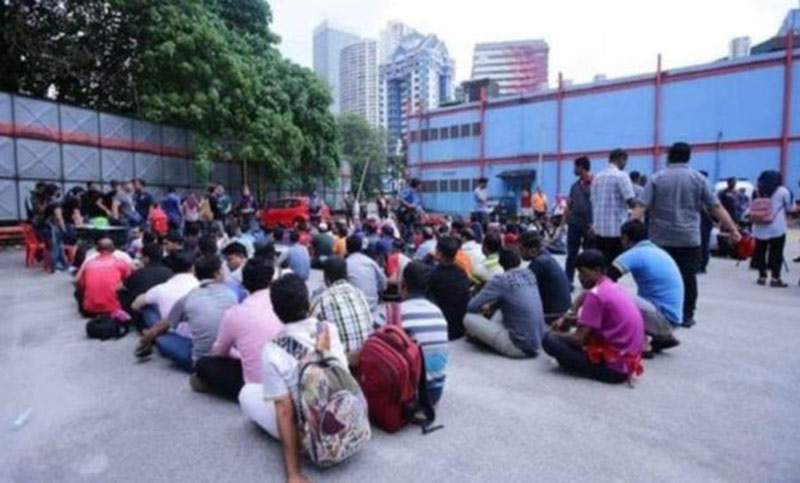 “During the operation, about 1,00,000 foreigners were screened and took actions against 23,295 undocumented foreign workers,” he said.

Besides Bangladeshis, the rest were citizens of Indonesia, Myanmar, Philippines and Thailand.

According to the Malaysian Immigration Department, some 26,116 illegal immigrants were sent back to their respective countries between January 1 and June 1, 2019.

But, the number of Bangladeshis who were deported back to country could not be known.

Some 8,00,000 Bangladeshis are now working in Malaysia. Of them, some one to two lakh are estimated to be undocumented.

Bangladesh has repeatedly requested Malaysian authorities to regularise the undocumented workers, but the country has reportedly denied.

According to migrant bodies, the workers are being undocumented because of fraudulence by Malaysian agents and abuses by the employers.

In the statement, Malaysian Home Minister said his ministry is developing a comprehensive and overall plan to tackle the issue of undocumented foreign workers and the plan will be implemented within five years.

The ministry said that legal action was taken against 605 employers under the Immigration Act, who recruited undocumented workers in their organisations.

Employers who brought illegal immigrants for work were fined between RM10,000 and RM50,000 or jailed for up to one year, or both, for hiring each illegal immigrant worker, the ministry added.