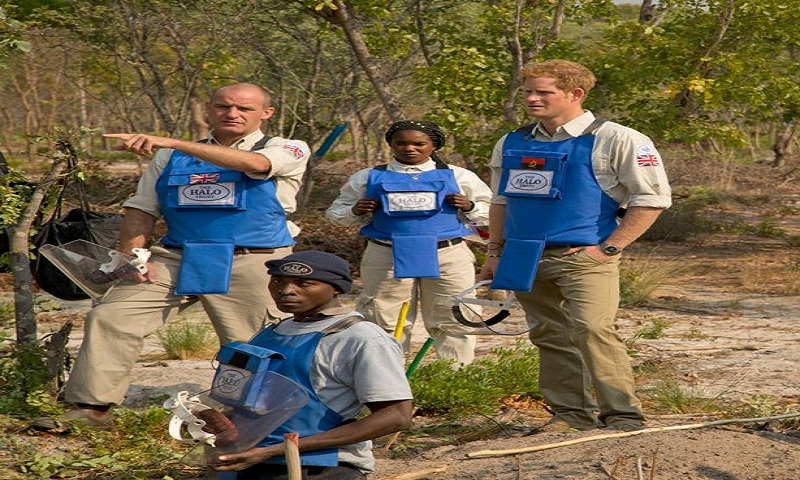 As part of their Autumn tour, Harry will travel to Angola, where Diana famously visited in January 1997, just months before her tragic death.

Palace aides are investigating Angola’s security situation to see if Meghan and the couple’s newborn son Archie will be able to join Harry.

However, they are expected to travel together for at least some of the African tour, which will also take in Malawi to expand the reach of his charity Sentebale, South Africa and possibly Botswana.

The Duke has told close confidants of his desire to “fulfil his mother’s legacy” in many aspects of her humanitarian and conservation work.

A major project for the Duke and Duchess to spend up to six months at a time living in Africa over the next two to three years is already underway.

Harry’s first step will be next Monday to attend a Chatham House Africa Programme event on ‘Mine Clearance, Conservation, and Economic Development in Angola’, Buckingham Palace confirmed today.

The event is being held in partnership with the HALO Trust, with the Angolan Government about to provide £44 million of funding to clear landmines in two national parks, a major opportunity for the conservation of southern Africa’s last great wilderness.

The Africa Programme event will highlight the connection between conservation, economic development, and mine clearance, with a call to action for increased funding for mine clearance efforts in Angola.