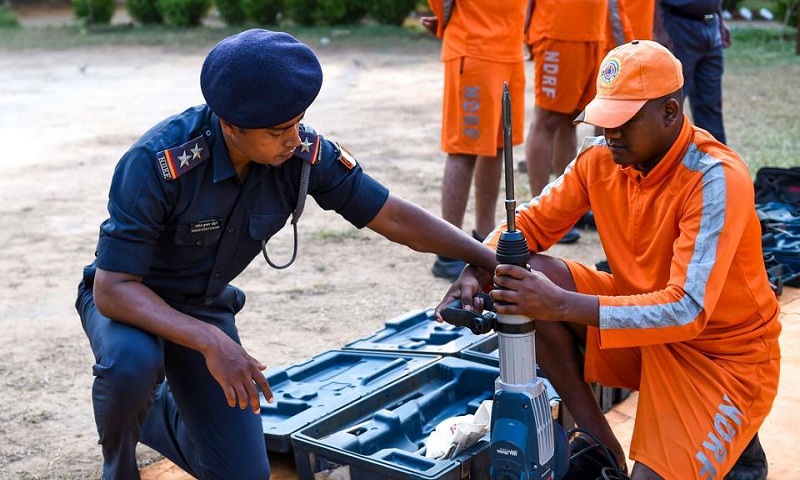 Cyclone ‘Vayu’ intensified into a cyclonic storm Tuesday and is likely to hit the Gujarat coast on June 13 morning, the India Meteorological Department (IMD) said.

The IMD issued the Orange Warning on Tuesday evening, which predicts the landfall and the likely impact of a cyclone, alerting government agencies that the cyclone is about 24 hours away from the coast. “Gale wind speed of the order of 110-120 kmph gusting to 135 kmph very likely over north Arabian Sea and Gujarat coast in morning hours and decrease gradually thereafter. It is very likely to be 50-60 kmph gusting to 70 kmph over north Maharashtra coasts and northern parts of east central Arabian Sea,” the IMD forecast said.

The IMD has issued a warning of heavy rains and high winds at a speed of over 110 km per hour on June 13 and 14 in the coastal areas of Saurashtra and Kutch.

Around 280,000 people living in hutments near the coastline in Kutch, Dwarka, Porbandar, Rajkot, Junagarh, Diu, Gir, Somnath, Amreli and Bhavnagar, identified as the most vulnerable areas in Gujarat, will be evacuated on Wednesday, the chief secretary of Gujarat said during the meeting of the National Crisis Management Committee.

Schools, colleges and Anganwadis in coastal districts would remain shut on June 12 and 13, reports HT.